NECESSITY FOR A STRONG ECOWAS PARLIAMENT 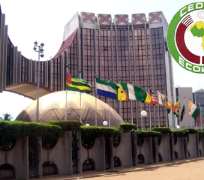 The Igbo speaking people have a global reputation for exercising the highest quality of egalitarian tendencies in their daily lives.

Historically, the Igbo speaking population in the present day Nigeria are compared with the people of Ancient Greece which practiced the type of democracy that required that the decision that ought to be implemented by a community must be an aggregate of the overwhelming position of the majority of adult members of the community.

Conversely, in much of the West African Communities prior to the advent of Colonialism, the opinion of the key segment of every community forms the bedrock of decisions that are implemented and enforced with the underlying objective of creating better environment for the people.

The above historical facts are therefore clear evidences that democracy is not completely alien to African Communities Since most ancient African traditional Communities practiced one form of parliamentary democracy or the other.

When therefore the protocol relating to the Economic Community of West African States parliament was signed in Abuja on the 6th of August, 1994 and it entered into force on 14th March, 2002, it was a symbolic re-affirmation of the historical love that most West Africans have for democracy and the imperative for bringing about rapid economic development for our beleaguered West African Sub-region.

The ECOWAS parliament also known as the community parliament is seen by West Africans as a forum for dialogue, consultation and consensus for representatives of the peoples of West Africa with the aim of promoting integration.

ECOWAS parliament was established under the Article 6 and 13 of the ECOWAS revised Treaty of 1993. But this body lacks the legal power to make effective laws that are binding on member nations as it relates to the strategic mandate of the organ which ought to promote regional economic integration and enhanced trade relations among the citizens of the member nations.

This accounts for the fundamental reason why most Nigerians doing small businesses in Ghana often encounter barriers from the local officials who have imposed strict prerequisite for involvement of foreign citizens in running small and medium scale businesses in Ghana.

The surest way for the West African region to begin to actualize the gains embodied in the right to development and therefore be in a better shape to compete favorably with other developed economic regions in the Western World like the European regional economic bloc is for the ECOWAS parliament to be clothed with the authority and legal power to make laws that are binding on member countries.

The clamor for the consolidation of the legal framework setting up the ECOWAS parliament has assumed greater significance. Like most thinkers, I do also believe that ECOWAS parliament needs additional legal powers because of the need to check the excesses of some politically over- ambitious serving military officers in some of these member nations who have the penchant for driving their ‘talents for disorder’ too far by destabilizing democratic structures in their countries as has happened in Mali and Guinea Bissau.

It is in this light that one is delighted to read a story carried in the Ghana’s local newspaper-Daily Graphic on March 21st 2012 that the Vice President of Ghana Mr. John Dramani Mohama had advocated for the comprehensive empowerment of the ECOWAS Parliament with the necessary legal provisions to be in a position to make laws that could promote greater economic integration in the West African region.

The vice President of Ghana specifically called on member states to empower the ECOWAS Parliament with the legislative power to make laws and drive the integration process forward. He said it was only when ECOWAS Parliament has the mandate to make laws that it could remove trade barriers and traveling restrictions in the sub-region.

The vice President of Ghana, who spoke in Accra-Ghana, at the opening ceremony of the 10-day seminar of ECOWAS Parliament which for the first time ever was held outside of the ECOWAS secretariat, Abuja-Nigeria, said that this task has become compelling and urgent.

This profoundly intellectual position propagated by the current vice president of Ghana on the need to transform the ECOWAS Parliament from a mere consultative forum to a law making body was re-echoed very recently by the Deputy Senate President of Nigeria Senator Ike Ekweremadu who is the speaker of the ECOWAS parliament at the moment.

Ekweremadu who was once a law teacher in one of the most respected universities in Nigeria, charged the members of the ECOWAS Parliament drawn from the respective parliaments of the member states of ECOWAS, to work towards achieving the goal of transforming the ECOWAS Parliament to assume greater legislative roles in the sub-region.

His words: “To give direction to our overall legislative business in the next four years, the bureau expects this session to consider the draft strategic plan. In so doing, members should bear in mind the need to accelerate the evolution of this parliament from consultative and advisory body to a co-decision status and ultimately a full fledge legislative institution with the powers to enact laws”.

The urgent need for the political elite of the West African sub-region to implement measures to end the vicious circle of poverty, under- development and insecurity in West African sub-region is the most credible reason why most people will gladly back the proposition to transform the ECOWAS Parliament from a mere talk -shop into serious law making body for the betterment and benefit of the citizens of the sub-region.

Only few days ago, the United Nations Development program launched the 2012 Africa Human Development Report whereby the West African sub-region was found to be one of the worst places for human beings to survive.

The report of the UNDP on African Human Development was introduced on May 15th 2012 in Abuja just as the substantial segments of it dwelt on the precarious situation of food security in the West African region.

In a summary posted online by the United Nations, the HUMAN Development report was said to have mentioned the effects of inequality, whereby it was discovered that more than a million children in the Sahel region are at the risk of dying because they don’t have enough to eat.

The United Nations Development Programme (UNDP) warned that countries in sub-Sahara Africa cannot sustain current levels of economic growth without reaching out to their most marginalized inhabitants.

These inhabitants are the one-in-four people who go hungry every day, say the UNDP report, titled “Africa Human Development Report 2012: Towards a Food Secure Future”.

“One-in-four: that’s about 214 million people, more than six times the population of Canada. Today, 15 million of these vulnerable people live in the drought-struck, semi-arid belt of Sahel, which stretches across West and Central Africa. There, malnutrition is threatening the lives of one million children,” says the report.

According to the report; “Many sub –Saharan African countries have Gini index measures between 0.35 and 0.6. The Gini index is a measure of income inequality used by some economists. A score of “1” on the index indicate perfect inequality (hypothetically all of the wealth is concentrated). A score of “0” indicates perfect equality (hypothetically, all wealth is shared equally among the population).”

“Niger, for example, has a Gini index of about 0.35, Mali has a Gini coefficient of about 0.33 and Mauritania has an income inequality level of about 0.41. All three countries are affected by the current hunger crisis in the Sahel. Canada’s Gini index measure, by way of comparison, is 0.32, while Scandinavian countries score less than 0.28.”

“In Africa, growth in economy, education and life expectancy have not been met with stabilization in food security, for all. Inequalities continue to put the future of many children and families at risk,” says the report.

“Across sub –Sahara Africa rural infrastructure has deteriorated, farming has languished, gender and other inequalities have deepened and food systems have stagnated,” says the UNDP report.

Uneven human development continues to be influenced by the inequitable distribution of land and productive resources based on gender, ethnicity and geographical location. These power imbalances trap women and children in the poverty cycle, the report goes on.

These are the fundamental questions that binding laws if created by the ECOWAS Parliament to promote regional economic integration and remove barriers for travelling across the member states, would be adequately taken care of. The ECOWAS Parliament cannot make these good binding laws except and unless it is transformed to become legally stronger and vibrant.

Section five of the “protocol on democracy and good governance, supplementary to the protocol relating to the mechanism for conflict prevention, management, resolution, peace keeping and security” also recognizes the basic need for West African regional leaders to make and implement good laws that would pragmatically end poverty in West Africa. This can only be achieved rapidly if the ECOOWAS parliament should be empowered to make good laws to promote and protect regional economic integration.

Article 25 of the protocol aforementioned, affirmed thus; “member states agree that poverty alleviation and promotion of social dialogue as important factors for peace.”