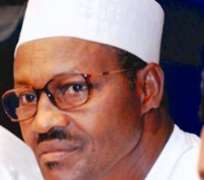 The chairmen met in Abuja at a location near the national headquarters of the CPC, where they also dissolved the national executive committee and expelled former board of trustees member Sule Yahaya Hamma and Alhaji Mustapha Salihu.

But spokesman for the party Rotimi Fashakin dismissed the expulsions, saying they were instigated by the ruling Peoples Democratic Party (PDP) and executed by people who were paid N100,000 each to destabilise the CPC.

The committee of chairmen of state chapters of the CPC, in a statement at the end of a week-long series of meetings in Abuja, passed a vote of no confidence in the Momoh-led national executive.

The statement was jointly signed by 31 members and presented to journalists by the Enugu state chapter chairmanBarrister Emeka Okafor.

The chairmen accused the Momoh-led exco of being responsible for the party's poor outing in the 2011 elections. They claimed that party leader General Muhammadu Buhari would be happy with the decision to oust the national leaders.

'A vote of total loss of confidence in the management committee and the National Executive Committee of the party is hereby unanimously passed on them. Gen. Buhari will have a sound sleep today, they have carpeted him, regionalised the party and created a gap between Gen. Buhari and the people,' Okafor said.

He accused Galadima of sabotaging the party's effort to unseat the PDP. 'Galadima will speak on behalf of the CPC during the day on the BBC and other media and later go to Aso Rock Villa in the evening. He was at Aso Rock even on the presidential election day,' he said.

Asked about the legality of their action, Okafor said that the same committee in January 2010 elected the NEC, and it has two-thirds majority to legitimise its actions.

He said all party members previously suspended or expelled have been pardoned and recalled into the party, and that all caretaker committees appointed by Galadima in some states were dissolved.

But Okafor said the Nasir El-Rufai-led renewal committee should proceed with its job and move fast in holding alliance/merger talks with other opposition parties.

Others were Senator Ahmad Sani Stores who was removed from the Senate after a Supreme Court ruling, Chief Ako Atuloman from Abia, Auwal Salihu from Bauchi and Muhammed Tukur Sada, who lost his Katsina House of Representatives seat to a court judgement.

On Tuesday, CPC spokesman Fashakin had said the PDP was planning to cause disaffection and confusion in the CPC.

In his reaction yesterday, he told Daily Trust: 'This is not surprising at all. Precisely two days ago, we alerted the whole nation about this move by the PDP. The PDP-led Federal Government is providing all the logistics for this infamy.

'It is indeed our season of anomie. There is nothing to worry about their actions that have no authority under our party's constitution. Where did that assembly derive its power to sack a constituted executive committee?'

He said the plot by PDP was to use a renegade CPC group led by former national chairman Rufai Hanga to spark crisis in the party.

But Hanga's aide, Mr. Dennis Aghanya, told Daily Trust yesterday that Hanga was not part of the meeting of yesterday though he was aware of it. 'The pro tem state chairmen under the national leadership of Senator Hanga pro tem NEC are meeting in Abuja on their own initiative to chart the way forward for the party,' Aghanya, a former spokesman for CPC, said.