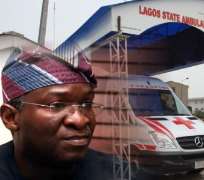 LAGOS, May 24, (THEWILL) – The early stage of the legal tussle between Lagos doctors and the government is tilting in the direction of the former, after Justice Benedict Kanyip of the National Industrial Court (NIC) on Thursday dismissed an application by the Lagos State government requesting the court to throw out the suit filed by the sacked 788 doctors.

In a suit filed by the chairman of the Medical Guild, Dr. Olumuyiwa Odusote, and its general secretary, Dr. Idris Durojaiye, on behalf of members of the guild, the doctors prayed the court to void the dismissal letters that the Lagos State government issued to them earlier in the month.

But the Attorney-General and Commissioner for Justice of Lagos State, Mr. Ade Ipaye, in a preliminary objection, said that the NIC lacked the jurisdiction to entertain the matter, and therefore asked it to strike out the suit.

He also argued that the first and second plaintiffs filed the matter on behalf of the guild, which was an unregistered group.

However, the judge affirmed both the jurisdiction of the court and the competence of the suit. On the other hand, he ruled that the court would determine whether the case of the claimants falls under the subject matter or whether the claimants have enforceable entitlement to the Consolidated Medical salary structure.

He ruled that the matter would proceed to trial, and adjourned till 19th June 2012.