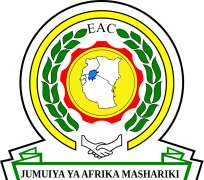 In the deliberations, the House urged the Partner States to step up the desire to create a conducive business and competitive environment by removing Non-Tariff Barriers (NTBs), which it noted, hampered trade in the region. At the same time, the Assembly is recommending that the Council of Ministers should extend the jurisdiction of the East African Court of Justice (EACJ) to resolve commercial disputes which may arise.

Presenting a Report of the workshop on Non-Tariff Barriers (NTBs) in the EAC region, Chairperson of the Committee on Communication, Trade and Investments, Dr. James Ndahiro noted that NTBs had by and large created a negative impact on trade expansion efforts in the region. Dr Ndahiro said the issue necessitated the need for inculcating a common, comprehensive and holistic approach for the elimination of NTBs.

The report emanates from a meeting conducted by the EALA Committee on March 25-27, 2012, in Kigali, Rwanda. The workshop brought together representatives from Ministries of Trade, Ministries responsible for EAC Affairs, Revenue Authorities (Customs), Associations of Transporters, Private Sector Foundations in the Partner States. Also in attendance were officials of the East African Business Council (EABC) and the EAC Secretariat.

According to the report, there are a number of NTBs facing the business community in the region including congestion in issuing bonds, weighbridges especially in the northern and central corridors, lack of implementation of cargo tracking systems limiting movement of goods and corruption affecting major players at the border points. Other areas that need intervention according to the report include the recent introduction of a fee of USD 200 for truck drivers and conductors entering certain Partner States, lack of availability of simplified Certificates of Origin and several roadblocks.

During debate, Dr. James Ndahiro remarked that the Council of Ministers should quarterly submit a report on the status of NTBs. The legislator also called on the private sector under the aegis of the EABC to mobilise and create awareness on adoption of best practices to trade.

The Chair of the Council of Ministers, Hon Musa Sirma stated that the Council had re-doubled its efforts in the monitoring of NTBs. He noted that the region had witnessed a reduction of NTBs citing reduction of roadblocks in the Republic of Kenya from 37 to 5 while the numbers of roadblocks reduced in half from 37 to 15 in the United Republic of Tanzania. At the same time, Hon Sirma said the region had agreed to have a cargo tracking system in place by December 2012. So far, only the United Republic of Tanzania according to the Minister, has commenced the implementation of the tracking system.

The Minister re-affirmed that the region was moving towards a single customs territory as directed by the Summit for the Heads of State in April 2012. The Minister pledged that the Council would audit itself on its performance and report back to the Assembly.

Also tabled for debate was the Report on the audit of EAC laws and legislation by the Committee on Legal, Rules and Privileges. The objective of the audit was to assess the extent of implementation with a view to cause enforcement where possible and where not possible, to recommend to the Assembly for appropriate action.

The report presented by Hon Frederic Ngenzebuhoro among other things observes that the EAC Customs Management Act 2004 has been operationalised in all Partner States and has a number of amendments to it. The EAC Duty Remission Manual as well as the Customs Valuation and Rules of Origins' manuals have been introduced to ease trade in East Africa. The report however states that the EAC Joint Trade Negotiations Act 2008 which was assented to by the Heads of State in 2008 has not been operationalised following a directive of the Sectoral Council on Trade, Industry, Finance and Investment in April 2009.

The Committee informed the House that a number of challenges continue to hamper the implementation and enforcement of the Treaty and laws citing the lack of an effective mechanism at the EAC, numerous NTBs that stand in the way and the conflicting Partner States' laws in specific sectors. At the same time, the report mentions that bureaucrats of the Partner States have usurped functions of the Secretariat through Sectoral Councils, Coordination, Sectoral as well as the Finance and Administration Committees.

It further terms the Council's decision not to operationalise assented law as unlawful and contrary to the provisions of the Treaty.

On resumption of debate, Hon Akhaabi noted that Members were hindered in discharge of their duties by time and budget constraints to visit institutions outside of Arusha. This, he attributed to arrogation by bureaucrats in preparation of budgets with little provision left for oversight of the Assembly's work. 'It is critical that the process of budgeting making be re-looked at, Mr. Speaker', Hon Akhaabi noted.

The legislator blasted the Council of Ministers for failing to operationalise the EAC Joint Trade Negotiations Act 2008 terming it an act of executive impunity. He stated that the legislative authority was vested in EALA with the powers to assent to the same solely left to the Summit of the Heads of State.

Hon Dr. Nangale noted the failure of EAC to negotiate agreements as a bloc was detrimental to its economic interests. Hon Dan Ogalo on his part once again reiterated the need for the Council of Ministers to be stationed in Arusha to enable efficiency and give political direction on matters related to the integration process.

The Counsel to the Community, Hon Wilbert Kaahwa said that the law on Joint Trade Negotiations was halted since it was noted that some of the provisions of the Act would interfere with the multilateral and international negotiations if operationalised. He said amendments would be brought to the House via an Amendment Bill to be introduced into the House shortly.

The Plenary which runs through to Friday, June 1st 2012, is the Fifth Meeting of the Fifth Session of the Second Assembly. It marks the last Sitting for the current (2nd) Assembly - whose statutory political life ends on June 4, 2012.