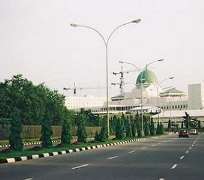 If there is one individual whose name has continously carried a regretable heavy burden in history, that of 'Judas Iscariot' easily comes to mind. As an ardent observer of the Christian faith, this writer was made to understand the role Judas played in the life of Jesus Christ and Christianity as a whole. Judas to preachers of the Bible, was painted black and was made to look to many as the worst sinner ever to have been born. Judas typified the devil incarnate and it was said he bore a hole of guilt in his heart for his actions against Christ.

As if that was not enough, the name or term Judas entered into many languages as a synonym for betrayer and had become the archetype of a traitor in Western literature and art. The name Judas was a typical example of one who was insincere, hypocritical and voltefaced. Why then has Judas both as an individual and a name been so abhorred by billions of Christians around the world one might ask?

According to the New Testament, Judas was one of the twelve disciples of Jesus Christ who is infamously known for his kiss and betrayal of Jesus to the hands of the chief priests for a ransom of thirty pieces of silver. He was according to several theological schools of thought to have contributed to a large extent, the eventual crucifixion of Jesus. To this end, one can deduce why he is percieved as an incongruous character by many, since the last supper and eventual death of Jesus.

Having said this, it wouldn't be a misplaced statement to say that there are several children of Judas or Judas himself among us in Nigeria. Infact, there are worse Judas amongst us--worse than the one who betrayed Jesus, most especially those who claim to lead the nation in Aso-Rock today.

Reason for this rather indelible appellation against policy makers in Aso-Rock could be seen from the fact that all those who claimed to ride on the 'goodluck train' are the ones who are now intransigent and claim to know more than the vast majority of people who voted them into power. It is so sad that a man who we all believed was going to transform this country and make it the envy of many is now the one assisting in its somalianization (to borrow a leaf from General Theophilus Danjuma).

Many would not forget too soon the 'I wore no shoes to school' nomenclature those in Aso-Rock used as an election platform and campaign strategy to win the hearts of the people. Many believed they had sincerity within them and thought since the pain the vast majority of people had been subjected to for years reflected in those campaign words and slogan, they would be removed from the asinine political, social and economic cleavages Nigeria had been dogged with for decades, yet as we speak, not much has changed.

What had been slammed on the faces of the people was an unjust and empty removal of oil subsidy which has done little or nothing for the uplift and development of those who are made to bear the brunt of the insensitivity. When we look around us, nothing shows for the greatness we claim to be. Its an irony that foreign financial institutions churn out unbelievable statistics to show that the country is fast growing in its economy, yet more than half of the population do not understand where such economic jargons had led them to. What has been witnessed is nothing but stagnation, poverty, want and unprecedented insecurity as a new political addition to the myriads of problems confronting the Nigerian people.

The question policy makers in Aso-Rock should be asking themselves is why they have become a Judas unto the people? Why did they promise the people gold during their campaign and eventually laid bare unto them rusted iron on a platter of mud? What happened to the promise of wealth, development, security, standard education, food security, employment, welfare for the people and most importantly leadership by example? Why are those in Aso-Rock claiming not to feel the angry pulse of the people and why have they suddenly changed amidst hope among the people that things would be alright?

Those who claim to hold forth the mantle of power in the current administration ought to have learned that power is a journey just few can take and as a matter of natural law must end one day. They had failed to realise what it took them to emerge as the leader of the country, else they ought to have played by the peoples' rule and not those of some unpatriotic elements who always are bent on making the country big for nothing.

Let those in Aso-Rock look around them and assess how they have faired since the 'I wore no shoes to school' campaign. They should go round and see how their myopic policies have not only failed their cabinet, the nation but most importantly the people. They ought to be ashamed of the fact that nothing has changed in the last two years for what abound has been business as usual.

The oil industry more than ever before has shown to the people that those who ought to bring oil thieves and rogues or cabal (to borrow a leaf from president Jonathan) to their knees are the same people aiding and abetting them. Rather than commit them to the court of justice, they are shielded and made to continue the plunder.

It is a paradox that despite the fact that those in Aso-Rock were bent on removing subsidy, claiming it would help not only the economy but propel infrastructural development, the billions accrued from it in the last couple of months have not been accounted for properly. It even becomes saddening when nothing has been erected to show how efficacious subsidy removal could be to transform the country.

It is for this reason that when Nigerian politicians are placed side by side with the Judas of Jesus's time, the latter would have done well at the alter of natural justice. Let those who matter in shaping the destiny of this country begin a process of evaluation and get serious with its promise to transform the country. With dangerous signs coming from everywhere, it is expedient that the man who holds power places his name on the sands of history as the best president the country ever had, else, Judas as a name is not hard to link with those who though had the ample opportunity to change the destiny of this great country, yet only played to the dictates and tunes of political godfathers and looters of our collective commonwealth. If they would not learn so soon, they should ask the like of Laurent Gbagbo, who failed to learn from history (even though he was a historian) but who today is being condemned heavily by it.