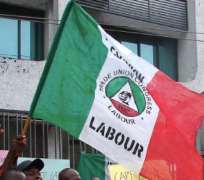 SAN FRANCISCO, May 20, (THEWILL) – A group of industrial unions has described the Nigeria Labour Congress (NLC) as unfit for shouldering the burden of the society.

The Integrity Group of Industrial Unions, in a release on Sunday signed by Comrade Leke Success, president, National Union of Hotels and Personal Services Workers, and Comrade Peters Adeyemi, General Secretary, NASU, said divisions within NLC and its series of crisis of leadership have proven that the labour union has lost the respect it once commanded among Nigerians.

The full statement reads:
The press statement issued by the Acting General Secretary of the Nigeria Labour Congress (NLC), Owei Lakemfa, and widely reported by the media last Monday is a profound indication that the burden of conscience is finally and openly manifesting in the behaviour of key elements whose serial blunders have brought on the NLC contempt never experienced since its creation over three decades ago.

Two allegations are very interesting in the statement, entitled “President Jonathan Must Prevent Labour and Political Crises.” The first is that there are moves by functionaries of President Goodluck Jonathan’s administration to “create avoidable labour and political crises in the country by seeking to break up the Congress and impose a new regime of fuel price hikes on the country.” This, according to Lakemfa, is because the government sees “the NLC as being too powerful.” Government’s plan in order to diminish the “power” of the NLC, Lakemfa says “is to engineer internal 'disagreements' in the NLC, and hiding under this guise, register a new labour centre, which they hope will support anti-people policies and cause distractions in the Labour Movement.”

The second allegation in Lakemfa’s statement is that the unions that are to form a new labour centre, which he termed “government agents,” “are also responsible for the anti-labour bill currently before the National Assembly.” Lakemfa went on to counsel “trade unionists who have enlisted in this project and those being enticed to join them, to retrace their steps as the Congress will not allow the ranks of the working people to be split.

Many people who read Owei Lakemfa’s statement must be disappointed by the quackery of his propaganda aimed to blackmail the Integrity Group by peddling wild allegations whose proof lies perpetually in speculation. Unfortunately, Comrade Lakemfa talks of the present NLC as if Nigerians do not already know that it is a spent force in trade unionism. If ever evidence were needed for this, it must be the booing and pelting of NLC President, Abdulwahed Omar, during the internment of Comrade Olaitan Oyerinde in Ede, Osun State on Thursday, May 10, 2012. That is the first time in the movement’s history that we witnessed such a hiatus between a labour leader and the masses, led by students. It is the clearest evidence that the NLC no longer commands the respect and trust of the masses except in the imagination of the Owei Lakemfas of this world.

In the first place, these allegations, and the incoherent manner in which they were delivered, point only to the fact that the NLC National Secretariat is currently in far worse shape than many trade unionists and Nigerians may have feared or suspected. If there is indeed any impediment to the proper conception and articulation of issues in our movement today, it is really the manifest incompetence of those at the helm of affairs of the movement. We need not state here the commentaries of some labour veterans on the disgustful mismanagement of the January protests one of which concluded that Aso Rock “must have used juju on NLC” to have suspended the protests and general strike without realising the desired objectives. We ask Lakemfa or the NLC leadership; were members of the Integrity Group part of the NLC-TUC clique that made that blunder?

Lakemfa and his backers in NLC know quite well that the leadership crisis in NLC predates the Jonathan administration. To therefore ascribe the moves being made by our group to pullout and register as a labour centre to government is not only unconscionable but morally reprehensible. That there are three litigations against the NLC before the National Industrial Court since last year is a fact that corroborates the entrenched leadership crisis. That the crisis has further deepened and stratified the NLC into multiple factions and may have consumed Lakemfa by now, if the late Comrade Olaitan Oyerinde, who was set to resume and take over the position as Acting General Secretary, had not been assassinated is also another fact. Clearly, Lakemfa’s unprovoked assault and renewed penchant for name-calling and blackmail of members of the Integrity Group is enough indication of his desperation to hold on to the position to which he had for the past one year only helped to denigrate. These were his antics in the run-up to NLC’s 10th Delegates’ Conference which he used to ingratiate himself to his godfathers.

It is obvious from Lakemfa’s remonstrations over our move to register as a new labour centre that he is a very poor student of not just Nigeria’s labour laws but also of the recent history of trade unionism in Nigeria. While it is not our role to educate him, we wish to state, however, that the Labour Act is clear on the requirements for the registration of a centre. If, as a group, we feel no longer compatible with the tendencies or trajectories driving the NLC, we have the right to move out and form a centre. No government, and not even a million NLCs, can stop us if we fulfill the terms of existing labour laws in Nigeria.

Our single-minded determination to achieve this derives from the empirical evidence that the NLC, as presently constituted, is no longer in the position to defend the interest of workers and the aspirations of the masses. The need for a new labour centre is therefore long overdue.

Since NLC’s descent into ignominy in the course of over a year, we have kept quiet even in the face of persistent blackmail and taunts from the likes of Lakemfa. Yet they remain relentless in their ruthlessness, persecution and blackmail of our group, and individuals among us. For that reason, we are stating, in clear terms, why we can no longer be under the same roof with those currently driving the NLC – possibly to perdition.

It is clear that there is a crisis of desperate ambition by some key personalities in the current leadership of the NLC. which has diverted the focus of the movement from core struggles – minimum wage is yet to be fully implemented even at the federal level; government is carrying on with its propaganda full throttle on deregulation and removal of the remaining subsidy; but we hear absolutely nothing inspiring from the once vibrant labour centre except and only when the matter relates to a pathetic fear of possible alternative labour centres, particularly by the Integrity Group.

The quality of leadership in the NLC has led to the most depressing era for the labour movement in Nigeria today. As an organisation whose ideological mandate is driven on the wheels of justice and fairness, equal rights and democracy as well as the pristine virtues of comradeship, no one with clean conscience will feel at ease in the company of the NLC as presently constituted. If the current leadership could go to any and every length to bastardize the process of removing its General Secretary; if they can violate the basic terms of employment to sack its own workers; if some people in the once very respectable organisation can be suspected of assassinating a fellow comrade, as has been speculated of recent in the media and in labour circles, then the NLC is no longer the proper organisation for working men and women of conscience.

We must note that there is a new and very dangerous brand of labour politics in the NLC. The typical thuggish and violent brand of electioneering in conventional Nigerian politics became the norm before and after NLC’s March 2011 Delegates’ Conference. Some days before the event, threats were made to the life of the General Secretary, Comrade John Odah. These threats continued even after the conference, culminating in the arrest of two suspects by the FCT Police, who are still investigating the matter.

We do not consider it worthy to respond to the alleged sponsorship of the anti labour bill order than to say that such fantasy can only germinate in the farcical imagination of people like Lakemfa, who are out of touch with the reality of workers out there on the shop floor. Those who know the stuff which the unionists in the Integrity Group are made of can only dismiss this as nonsense.

Labour leadership in the current epoch has gone beyond a rule of the thumb or they-say-so approach. Labour politics, like all other branches of social life, must be based on knowledge, driven by research and backed by a certain moral cleanliness. Taunting or bandying about allegations against those one thinks are stumbling blocks to inordinate ambition will not do the trick. The evidence is the terrible reality in which NLC leaders find themselves today. They started by throwing allegations that others are government agents. Now, everyone in Nigeria knows who the agents are. God works in His own ways!