OCCUPYLOGY 201: US 2012 PRESIDENTIAL ELECTION, EMERGING STRUGGLES BETWEEN DEMOCRATS AND PROGRESSIVES 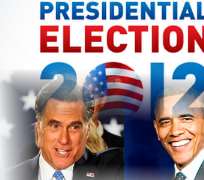 At the turn of the century the Republicans had grabbed the White House through their Machiavellian exploits in Florida with a Hail Mary pass from the United States Supreme Court and George W. Bush assumed the presidency. When the conservatives arrived in town with their cowboy boots they also came along with their distinct vernaculars such as compassionate conservatism. The nation and the world were then exposed to the practicalities of compassionate conservatism when President Bush, Vice President Dick Cheney, the Neoconservatives, and Halliburton decided to invade and destroy Iraq under the pretext of “Weapons of Mass Destruction.” The Republicans also gave us other variations of compassionate conservatism which they sliced up into dosages such as tax cuts for the wealthy, unpaid Medicare Modernization Act, and the Patriot Act alias torture, international rendition, circumventing of the Foreign Intelligence Surveillance Act FISA, and the introduction of warrantless domestic wiretapping.

The Occupy Movement is ready to take the nation on a different direction with social and economic justice. After challenging and changing the United States national narrative and dialogue from deficits to inequality and fairness last year, the Occupy Movement in America has been hibernating during the mild winter season of 2011-12. The Occupy Movement which was started in New York by progressives and drew social and tactical inspiration from the developments in Africa (Tunisia, Egypt, and Libya), the Middle East (Yemen, Bahrain, and Syria), Greece, and London is now set to further pressurize the political and economic discourse from henceforth to the elections in November. The nation and the world should be prepared for a rude awakening and progressive education of the American public. Members of these progressive factions have displayed their tenacity, discipline, and sense of purpose through their decision to go back to drawing board so that they can strike with precision and passion from May 1st 2012.

Although key sectors of the mainstream American corporate media who brought out the red carpet for the conservative Tea Party Movement and vilified the Occupy Movement might again pretend to be shocked by the patriotic civil disobedient actions we are all going to witness. Fox News, Democrats, and others should be informed that the key bone of contentions remains justice and equality in the distribution of wealth, allocation of burdens, and acceptance of responsibilities in the polity. Despite the near economic collapse of 2008-09 we still have too big to fail banks that are bigger and greedier than before, through the support of the Democrats in congress and at the white house. With the Republicans alienating women through their anti-contraceptives policies, Latinos by their harsh and inhumane immigration stances, and students with their Wall Street high interest rates, hopefully Democrats would decipher the handwriting on the walls.


Fortunately, I have been opportune to attend and listen to the community focused mobilization efforts within the Occupy Movement. I submit that since President Obama and Vice President Joe Biden have declared their support for same sex marriages; progressives in the United States will have to press the Democrats on five major fronts. These key sectors include the economy, immigration, healthcare, justice, and foreign wars. In order for democratic and independent progressives to support the reelection campaign of President Obama, these key issues have to be addressed with more than lip service. We cannot tolerate an economic dispensation that is angled at the wimps and caprices of the Wall/War Street banks. Instrumental policies like Glass-Steagall Act need to be reinstated as a means of regulating derivatives, hedge funds, and credit swaps. We have to ask President Obama why his administration insists on allowing home owners to be foreclosed upon, whereas the banks were rescued by President Bush’s administration and again by President Obama with taxpayers’ monies. Why does President Obama plan to save only homeowners who have perfect mortgage payments and perfect credit scores?

Ironically, the home mortgage delinquency rate which is close to 6% nationally is a product of the economic recession and an indication of the continuous struggles in the economy. The national unemployment and underemployment is still a source of growing concern to many progressives. In urban cities and rural America the unemployment levels is still hovering within the 16% mark which is double the nation rate of 8.1%. Interestingly, our student populations and all women are currently presented with a choice of foregoing their insurance or having an increase in the student loan rates. We the 99% should be willing to take on the Obama administration which has continued their distant/midnight romance with Wall Street and their too big to fail banks. Like Jesus Christ the preeminent progressive we need to take up our whips to chase the Wall Street money changers and money doublers out of the exploitative dominance in the economy. How long are we going to keep on sending Wall Street banks and traders our retirement incomes for them to fleece through their various scams such as derivative betting and credit swap gambling?


Another area progressives need to address is the area of immigration. We cannot allow immigrants that come into this country due to a plethora of reasons like others before them, to be demonized after the economy was run aground by the 1% in Wall Street and Washington. There needs to be a comprehensive immigration policy that seeks to strengthen families and communities instead of separating families. Though we should enthusiastically support The Dream Act which is all about granting citizenship to the children of undocumented immigrants who have been in the United States for many years, we ought to proceed with caution. We cannot afford to make the same mistakes and missteps that have become the hallmark of the Patient Protection and Affordable Care Act of 2010 otherwise known as ObamaCare with the Comprehensive Immigration Reform. During that debacle the Democrats took a bill that could have resulted in either Universal healthcare coverage or single payer healthcare and watered it down with the majority slice apportioned to the for-profit Health Insurance Industrial Complex.


With our proclivity for equality and justice it remains expedient for the Occupy Movement to fight against the double standards within the American justice system. When there are these methodical disparities in prosecutions and sentencing inside the criminal justice system, what we are left with is a banana republic with kangaroo courts that are set asides for the interests and vestiges of the 1%. Some of us that are contemporary immigrants have experienced these “Big Man” or “Oga Mentality” regimes where so-called leaders become invisible and entrenched in sustaining their powers. When a nation becomes unwilling to prosecute war criminals from the President Bush and Vice President Cheney administrations that circumvented the local laws, violated international treaties, and authorized factory scale torture, then Houston you know we got some damn problems. When Wall Street executives are allowed to bring the nation to its knees because of their greed and most of them are back to business as usual within a span of 3years, then we have transcended from too big to fail banks to systematic whitemail.


Since progressives comprise of large segments of the independent population we need to organize and press the Democrats on their habits of sanctioning unjust wars. The Occupy Movement and those of us within the social justice and economic justice movements need to fight against the indefinite wars that have cropped up in Pakistan and Yemen. After the sad lessons of the wars in Afghanistan and Iraq we should not allow the US corporate media, Neoconservatives, the US congress, Democrats, The American Israel Public Affairs Committee AIPAC, and President Benjamin Netanyahu to drag us into another unjust war in Iran. The United States of America has enough nuclear weapons to destroy the world two hundred times over and Israel also has enough nuclear weapons to destroy the Middle East two hundred times over. These are facts that the Iranian government (religious and political) is very cognizant of and they would not think about attacking neither United States nor Israel despite their acquisition of a nuclear weapon. Our provocations and warmongerings against the fraudulent Iranian government would eventually weaken the Green Movement leaders and activists that arose after the rigging of the Iranian presidential election in 2009. The Iran Green Movement has the capacity of changing their regime with the advent of another Persian Spring.

In conclusion, the progressive community needs to rally against the ever available surplus in the budgets when it comes to matters of warfare and the sudden deficits when it is time to investing in domestic policies.

We cannot be underfunding/defunding the education of the present and future generations with senseless wars and warmongering initiates such as the United States nuclear shield. When teachers are fired and schools are bordered up like we are witnessing in some states in all levels of education around the country, this results in diminished competitiveness in the international spheres. As a result America is bound to have fewer inventors and pioneers to continue sustainable development and manufacturing communities.

The Occupy Movement must fight for common sense regulations in the banking and energy sectors. We do not have the finances to produce slick adverts/propagandas like Exxon, Chevron, British Petroleum, Halliburton, JP Morgan Chase but we can still get the citizenry behind our messages. We have to force Democrats to deny unnecessary tax breaks to companies while making sure that they pay adequate corporate taxes. Individuals that constitute the 1% in our population need to be taxed at higher rates without tax loopholes such as charitable deductions and offshore banking/investment accounts. Lack of justifiable taxations results in the funding of plutocratic projects like the proverbial Voters’ ID disenfranchisement and Stand Your Ground Laws by the 1% income earners.