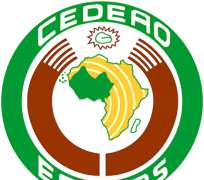 ABUJA, Nigeria, May 17, 2012/African Press Organization (APO)/ -- An extra-ordinary session of the ministers of the ECOWAS Mediation and Security Council (MSC) will take place on Saturday, 19th May, 2012 in Abidjan, Cote d'Ivoire to review the security situation in Guinea Bissau and Mali.

Coming after the just-ended regional Chiefs of Defence Staff (CCDS) meeting in Abuja on 14th May 2012, the meeting which will be attended by Ministers of Foreign Affairs and Defence, will be updated on the political and security situation in Guinea Bissau and Mali by the President of the Commission, His Excellency Kadre Desire Ouedraogo.

The Chairman of the CCDS will present the report of the Committee's meeting of 14th May 2012 held in Abuja, while Burkina Faso's Minister of Foreign Affairs will brief the ministers on behalf of President Blaise Compaore on the mediation efforts in Mali.

The opening of the meeting will also be addressed by Cote d'Ivoire's Minister of Foreign Affairs, Mr. Daniel Kablan Duncan, the current Chairman of the Council of Cote d'Ivoire. The Nigerian minister will also brief the meeting on the current status of discussions with the stakeholders in Guinea Bissau to resolve the political crisis in that country.

Nigeria was named to head a regional contact group to follow up on the region's response to the crisis after the 26th extraordinary summit of ECOWAS leaders in Abidjan.

Regional leaders set up the Contact Group on Guinea Bissau to follow up and coordinate implementation of the region's decisions on Mali, in the wake of the March 2012 military coup in the country and the separatist rebellion in the north.