THE IDOLATRY OF POLITICS AND THE PROMISE OF THE COMMON GOOD 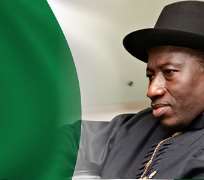 Politics is a true Nigerian idol, and the 2015 presidential election will be a dramatic demonstration of that reality. Simply put, we create an idol when we ascribe attributes or place hope in persons or things that should belong only to God. People of faith may be tempted to worship at the altar of politics, but make no mistake: The kingdom of God and the kingdoms of politics are never one and the same. Our worship of God rightly should shape our engagement with politics, but when politics shapes our religion it distorts our service (and worship) of the One True God.

Left and Right are political categories - not religious ones. Attempting to mold faith to fit those labels distorts its meaning and power. The purpose of the Religious Right - to identify faith with one political party, Action Congress of Nigeria was a blatant act of idolatry from its inception. And when the much smaller, less organized so-called “Religious Left” tries to create a mirror image of the Religious Right for the People Democratic Party, it makes the same theological mistake.

Rather than becoming ersatz chaplains and enablers of political idolatry, the faith community should confront it. Politics is anything but a monotheistic enterprise - its idols are legion. There are idols of money over democracy, of celebrity over leadership, of individualism over community, of ideology over civility, and of winning over governing. When conflict arises in our society, each political side invariably does two things: Make us afraid of the problem, and then blame it on the other side. What they don’t do is work together to solve the problems - they are always running to win, rather than finding (or creating) solutions for the common good.

I’ve said it before, but it bears repeating: The 2015 election will likely be the ugliest in many years. The amount of money that will be spent, without any transparency, will just fuel the attack politics and should teach us that we will never be able to put values back into politics until we take the money out of it. The cheque writers control the law writers in Abuja, and the Super-PACs, which dominate politics, are real enemies of democracy. The ultimate importance that both parties and their candidates will attach to their electoral victories is a clear sign our political culture has gone off the rails. The conservative right and the Action Congress of Nigeria have not been content simply to say where they disagree with President Jonathan’s policies. Instead they have caricatured and even demonized him as a person, belittled and cast aspersions on his Christian faith, and labeled him the “worst” and “most dangerous” president in history, who is plotting “radical” (and nefarious) changes to Nigeria while perpetuating an all-out “war on religion.”

At the same time, they say President Jonathan has done nothing, dismissing any and all of his accomplishments during his two years in office. All of these allegations are not only ridiculous but also blatantly idolatrous, as they place ultimate value on what has been, and likely will be, mostly incremental changes in an utterly broken political system. Meanwhile, the liberal left and the Peoples Democratic Party say that President Jonathan did everything he could possibly have done to pursue their values, and it was just those horrible Action Congress of Nigeria and its allies in Congress for Progressive Change who blocked the “change we can believe in.” This, too, is utterly ridiculous, and overestimates how much has changed, or will change, in the context of such a flawed political process, which neither end of the political spectrum is prepared to confront on the basis of deeper moral values and principles - the common good, for example.

People of faith, whether they will vote any of the parties or not, should not be rallying around the king of their party with the kind of blindly uncritical support that the political elites on both sides will urge - all of them eager to protect their access, influence, and income in the present order of things. We, who call ourselves followers of the One, should instead be raising our voices in defense of, and as advocates for, the people and principles that are essential to our faith and our true worship of our King. Power is both the means and the end of politics in Washington, but God’s politics are most concerned with the powerless - the least of those among us, who are the most absent in election years and yet the very ones Jesus would always have us “voting for.” This means we must care most about what happens to the poor and vulnerable, especially when both parties will make their appeals to the middle-class voters and wealthy donors they desperately need. It means actually protecting human life and dignity, and promoting the actual health and well-being of families instead of just substituting rhetorical devices around hot-button social issues in the pursuit of votes. It means lifting up the people who have no political influence. Undocumented immigrants living in the shadows. Low-income families and children who face losing their nutritional and health-care support, in order to protect the hypocritical subsidies and benefits to the wealthy people and interests that fund political campaigns. The poorest of the poor who will die of hunger and preventable diseases such as malaria, HIV/AIDS, TB because of cuts in “foreign aid” programs that find themselves out of fashion in election years.

It means defending the policies that actually create peace and practical solutions to the international conflicts which continue to divide and kill so many people, rather than bellowing about how righteous and strong Nigeria is, and always should be (so nobody ever dares challenge us), and repeating a hollow “God Bless Nigeria.” Elections can make a difference. They can prevent or produce wars. They can protect or further devastate the poorest and most vulnerable among us. They can expand fairness, equality, and opportunity, or perpetuate an imbalance of the same based on income, race, and gender. And yet, ultimately, how we live and what we do for the common good is much more important than how we vote. Political affiliation with candidates, parties, and structures is waning - especially among young people - and that’s good news.

What will replace these traditional loyalties and structures as we move into an era of post-candidate politics? Will it be the overwhelming power of money? Or might these changes herald a new dawn of social movements in Nigerian politics as it emerges from a pall of corruption and greed? My prayer and clarion call is for the common good to prevail, and that all people of faith might rally together to kick at the darkness until it bleeds daylight. Adapted and recommended resource on the writings of Jim Wallis on the subject. Have question, you may call: 08033399821 or write: [email protected] Stay blessed.