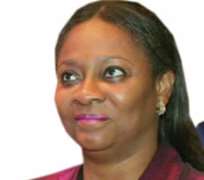 Oteh
The House of Representatives Ad-Hoc Committee probing the near collapse of Capital Market got more than it asked for last week. The two principal actors in the investigation, Ms Arunma Oteh, the incumbent Director General of  Securities and Exchange Commission (SEC) and former boss of the Nigerian Stock Exchange (NSE) Prof Ndi Okereke-Onyiuke gave the panel enough to chew.

The duo who appeared before the panel between Monday and Wednesday provided convincing clues on why the capital market is on its knees. The revelation from them was not the real reason why they commanded attention, the manner in which they conveyed their messages was rather the issue.

Oteh   kick started the clash.
That was on Monday. She came with a retinue of staff and her outlook clearly showed that she was out to fight. Fortunately for her, the Panel provided her an ample opportunity to speak her mind.  As she mounted the podium, she went straight to the real issue. She reeled out chilling revelation on how the former NSE Director General got the capital market to its current despicable state. According to her, 'there were incidences of financial skimming, misappropriation, false accounting, misrepresentation, and questionable transactions.'

The committee tried to interject by deploring  measures being put in place to ensure that what happened in the capital market does not repeat itself. They believed that sanctions meted out to persons who perpetrated those illegal and corrupt practices were not enough to serve as deterrent to future perpetrators of such vices. She responded to their submissions but quickly reverted to her speech. She said that Okereke superintended over  high scale profligacy  'For instance, she disclosed that  the NSE bought a yacht for N37million and wrote down the book value within one year by recognizing it in the books as a gift presented during its 2008 Long Service Award (LSA), yet there are no records of the beneficiary.'

In addition to that, Oteh revealed that the  ' Exchange also spent N186million on 165 Rolex wrist watches as gifts for awardees out of which only 73 were actually presented . The outstanding 92 Rolex watches valued at N99.5million remain unaccounted for. These were the kinds of financial imprudence that were perpetrated at the NSE. These transactions were routed through companies owned by some senior officers of the Exchange'.

distributed to Council members and employees in violation of CAMA and SEC rules which preclude the NSE from such given that the NSE is a company limited by guarantee. This happened in previous years. Other notable fraudulent transactions include the reclassification of the sum of N1.3billion originally expended on business travels. Of this sum, N953million was reclassified under 'Software Upgrade' and subsequently expended as against being capitalized. There were other cases of such unethical accounting practices'.

An air of absolute calmness ruled the expansive hall as she reeled out the alleged fraud perpetrated by Onyiuke. The rot in NSE according to Oteh also included 'the distribution of an accrued sum of N1.2 billion to employees and council members as bonuses and share of surplus for the 2009 financial year.' According to her, the financial recklessness resulted in the nose-dive of the market. Her words,  'The total market capitalization of equities listed on the Nigerian Stock Exchange declined from N12.6trillion at the end of March 2008 to a bottom of N3.99trillion in February of 2009. At the peak, banking sector stock made up more than 60 per cent of market cap, essentially implying that where the banking sector went, the stock market would go.

'By January 2010, when I arrived, market capitalisation had risen to N4.99trillion. However, investor apathy remained for a number of reasons including the problems at the Nigerian Stock Exchange, insufficient attention to market abuses that had been prevalent from 2006 to 2009, margin loan overhang, unresolved banking challenges.' Aside the mind blowing profligacy she told the probe panel  that NSE was equally not free from issues of inefficiencies, weak administration, and several lapses on issues of accountability.

Her words 'When I joined the SEC in January of 2010, my colleagues handed me briefings including a report of an inspection of the Nigerian Stock Exchange that they had undertaken in September 2009. The findings of that inspection were shocking and included weak corporate governance, risk management and internal controls, insufficient oversight of brokerage firms and listed companies, inability to enforce its rules.

'The inspection team also found that more than 2,700 investor complaints lodged with the NSE had not been treated. These complaints ranged from unauthorized sale of shares, to withholding of proceeds of sale of shares. The team also found that the NSE investor protection fund was not being properly administered'. Onyiuke was not physically present in the hall but her supporters were. They grimaced as their boss was being pummeled by the SEC DG. The latter didn't get an applause when she finished her speech but from the faces of the audience, it was clear that she had won the heart of many. The panel itself commended her and had to allow her leave at about 7.46pm. She was asked to return the next day, Tuesday to respond to some questions.

Before Oteh's appearance, the Director General of NSE, Mr Oscar Onyema had disclosed the atmosphere that is reigning in  the market since taking over some months ago. He   had a tough time explaining to the committee why the exchange allowed SEC to nominate persons into its council. The committee described the situation as one capable of attracting series of fraud and manipulations to the NSE in the interest of outside forces. The chairman of the committee, Ibrahim El-Sudi argued that'there are fears that the appointment of eight  members of the NSE council by the SEC was done to manipulate it in favour of those who nominated them'.

Oscar defended the appointment contending that the eight persons were part of the reform measures by SEC adding that he had no reason to believe that SEC nominated those people into NSE council to serve the interest of some other persons. However, if Oteh laughed boisterously on Monday, a new atmosphere was to prevail on Tuesday. The same panel that hailed her the previous day was to accuse her of arrogance the next day. The bone of contention was her absence on the Tuesday's proceeding.

She wrote the panel seeking permission to attend the National Economic Team meeting and requesting that she be allowed to respond to their questions in writing. The request enraged the panel who interpreted it to mean an affront.

Prof Onyiuke was however on ground to respond to the allegation of fraud leveled against her by Oteh. It was an opportunity to hit back at the SEC DG more so as she was not in sight and luckily as she was at a cross with the committee. Without hesitation, she  told the committee that   Oteh was  covering up her low understanding of the capital market with braggadocio even as she insisted that she is till the DG of NSE based on court judgments.

Although she admitted that her regime bought some wrist watches, she said that they were used for the long service award organized by NSE.

Giving details of how she left office, the former NSE DG said she was forced out by SEC who she said ordered police to invade her office in the night and cart away documents, computers and other office equipment. She claimed that both her birth and marriage certificates were confiscated during the raid. She said, 'in October 2010, SEC sent police to invade my office and made away with every document and computer in my office. They did that just to force me out. Right now, I don't have marriage or birth certificates, they are all there with them'.

Insisting that she is still the DG of NSE, Onyiuke said the several court rulings confirmed her as the boss of the organization. She explained that she decided not to effect the rulings because she had prior to her removal made up her mind to leave office in December 2010. She described Oteh as someone who has no respect for court judgments, stressing that despite the ruling of the court that the report from which the SEC DG accused her of financial recklessness was declared null and void, the former still went ahead making reference to it.

Asked to explain her role in the fund raising for Barak Obama Presidential campaign and the Transnational Corporation of Nigeria (TRANSCORP), she denied committing any crime. She debunked claims that she raised money for Obama, explaining that the money was meant to create awareness for Obama's bid because of her relationship with him.

'I lived in US for 14 years. I know their law concerning elections. I couldn't have raised money for Obama, the money was to create awareness on his bid', she said, providing background information on how she developed a relationship with Obama.

On Wednesday, Oteh returned to the panel as directed by the committee  but, unfortunately,  the move was to earn her more pain. This time around, the heat came from her management team whom she came with. The SEC executive commissioners and directors clearly showed that all is not well in the commission. They openly  accused the DG  of introducing administrative style that has eroded trust in the commission and caused the regulatory agency to be comatose.

The first indication that there is a frosty relationship between the DG  and members of the executive management emerged when the latter denied knowledge of the process that led to the engagement of two staff of ACCESS Bank Plc on secondment by  the SEC boss. They claimed that Oteh did not involve them in the decision. Their claim was contrary to earlier statement by the DG that the issue was discussed and agreed upon by the executive management.

Prior to that, the Director, Human Resources, Useni Dauda had  told the panel   that due process was not followed in the recruitment  of some contract staff. He said the staff were brought by Oteh upon assumption of office and were yet to get the endorsement of the executive committee. He also refused to deny the allegation   that the contract of the staff was renewed despite the advice of the audit department.