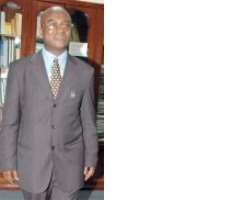 Mr Osei Kyei-Mensah-Bonsu, the Minority Leader in Parliament, is arguably the epitome of the New Patriotic Party (NPP) in the august House.

Since he assumed the leadership role of the party in Parliament, he has endeared himself to many Ghanaians, especially those who have holistically followed the work of Parliament since the mantle of leadership in the country and in the House changed hands at the beginning of the year.

Mr Kyei-Mensah-Bonsu, who until the dissolution of the third Parliament of the Fourth Republic was a Minister of State in the Office of the Ministry of Parliamentary Affairs, has successfully attained this recognition as a result of his grasp and in-depth knowledge about issues that come to the floor of the House.

The ubiquitous way he dealt with these issues as well as his ability to communicate effectively also won him admirers.

The Minority Leader explained to The Mirror in a chat last Wednesday that for one to be on top of issues and be capable of shooting down arguments of opponents, one has to 'learn the rules of procedure in the House and understand the Constitution, the Bible of Parliament.

When you read it as often as possible, everything will be at your finger tips.' Additionally, he said one also has to track the various laws that were passed for the ministries, departments and agencies (MDAs) so that if anything comes out concerning them, one will understand them better and contribute to the debate meaningfully.

Mr Kyei-Mensah-Bonsu, also insists that 'as a Minority Leader, I have to position my party as a viable alternative government to the ruling one and I do that by presenting myself positively and let Ghanaians know about the issues about the current administration and what we would have done given the opportunity.'

He said the development agenda of this country needs to be moved forward, given the slim margin in Parliament. 'We were not made to frustrate government policies, but to co-operate with them'.

The Minority Leader said, 'On some occasions, the Majority Leader comes to my office and discusses issues with me and we reason together. There are times I tell him what we can do and what we cannot do.'

When The Mirror asked him whether he was a lawyer since that was the perception out there because of the ease with which he handled issues, he said, 'I am not a lawyer. I have not read law. All you need to do is to be diligent, and not by any magic.'

He, however, said before he got admission to the Kwame Nkrumah University of Science and Technology (KNUST), he was at the Faculty of Law of the University of Ghana for only a week before switching to KNUST to study Planning.

Mr Kyei-Mensah-Bonsu, an Urban Planner by training, said he had the baptism of politics during his days at St Peter's Secondary School in Nkwantia Kwahu, as the President of the Students' Movement for African Unity (SMAU), and later at KNUST, when he became the Hall President of Unity Hall (Katanga), after failing to win the SRC Presidency.

He said incidentally, there were some unfortunate developments, and the situation later made it possible for him to be made the acting SRC President.

He said his dynamism as a student leader caught the attention of the hierarchy of the Provisional National Defence Council (PNDC) administration and invited him and other colleagues such as Steve Akuffo and Explo Nani Kofi to assist the administration, but he said the flirtation was short-lived.

According to the Minority Leader, while in school, he wrote regularly for a number of newspapers, including The Mirror, The Pioneer, The Ghanaian Chronicle, among others.

Mr Kyei-Mensah-Bonsu said while at KNUST, he was dealing in spare parts. Sometimes he travelled to Nigeria to buy some of the parts, explaining that that was how he started making money.

He said even when he travelled to Zimbabwe to work for a year, he still used to travel to Lagos to buy the parts, which were brought to Ghana to restock his shops.

Mr Kyei-Mensah-Bonsu returned from Zimbabwe in 1990, at the time agitation for the return to constitutional democracy had started.

Accordingly, the Minority Leader said he teamed up with Dr John Bilson, Dr Richard Anane, Mr Obeng Manu and others to form the Danquah Busia Club in the late 1990s to activate the interest of like-minded people.

The club offered the platform for people who resisted PNDC to come together. It later metamorphosed into today's New Patriotic Party (NPP). However, he said some of its original members also went elsewhere to join other parties.

Before then, they had formed the Progressive Youth Club, which was chaired by Malik Yakubu Alhassan, former Deputy Speaker of Parliament, with others, including Kakra and Panyin Essamuah, Dr Richard Anane, Dan Botwe, among others.

He said despite his popularity on the ground, he had been in the background since 1992, because he allowed other senior colleagues to serve the people.

Mr Kyei-Mensah-Bonsu eventually contested the 1996 parliamentary election in the Old Tafo Suame Constituency and won. He has since represented his people in Parliament.

The Minority Leader is an illustrated lexicon, full of meticulousness and wisdom, and that was amply demonstrated during the recent vetting of Ministers of State.

Don't forget it was during that period that his expression of “Mr Chairman, I am sorry, but what you are doing is bogus, whimsical and capricious” began to make a big hit with people.

Mr Kyei-Mensah-Bonsu was born on February 3, 1957 at Breman, near Kumasi to Opanyin Kwaku Addai, a cocoa farmer, and Madam Ama Serwaa, a trader and farmer, both of blessed memory.

He is married to Irene, who is currently pursuing a Master's degree programme in the United Kingdom. The couple has five children.