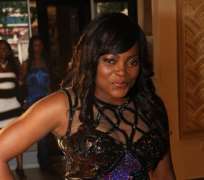 It's was the 6th edition of the Zuma Films Festival which was held in Abuja, themed “The Human History connecting people”.

Nollywood actress Funke Akindele walked away with two awards, for her role in the Tunde Kelani movie, MAAMi and the Return of Jenifa as the highest box office nomination.

In an opening speech at the event the Information Minister, Labaran Maku spoke on the essence of peace in the film industry as it also relates in the country's current security state.

According to him “All of us has to play a big role in ensuring peace and security in Nigeria, the film industry must respond to the challenges that we are faced with”

He also encouraged them on their efforts in promoting the country and also called for more efforts on professionalism to attain international standard.

Below are some of the winners and more are yet to come.