THE IMPERATIVE OF IMPEACHMENT PROCEDURE AGAINST GOV. RAJI FASHOLA, SAN: CHARITY MUST BEGIN FROM HOME 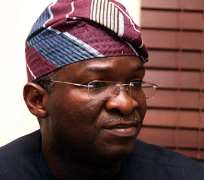 The Governor of Lagos State, Babatunde Raji Fashola, a Senior Advocate of Nigeria was a man after my heart, despite our party difference; he has until now remains the pride of my noble profession and an indicator and promoter of the saying that "lawyers do it better".

Raji Fashola is rounding up his second and last four years term as Governor of Lagos State and has taken some decisions which, to my humble-self have made his profile rise, while to some, his second coming to rule the state has only indicated a detour in the area of developing the state as reflected in these two policy decisions; the controversy surrounding the collection of tolls on the Lekki-Epe Expressway and the hike in school fees of students of the Lagos State University, LASU.

My immediate concern is not on the actions or the omissions of Governor Raji Fashola of the centre of excellence in Nigeria but present infamy playing out as a fall out of Lagos State’s doctors strike action, particularly when view from the perspective that actions employed to resolve same have turned out to be a sheer technical and inattention conspiracy against the common people of the State.

The Governor has been reported to have ordered the sack of the striking doctors in Lagos State.

The decision of Lagos State Government was made in spite of its awareness of the suit filed by the doctors at the National Industrial Court seeking an order of injunction restraining the government from dismissing them from service.

The effect of the sack of the doctors is that Governor Fashola has illegally dismissed the doctors contrary to several decisions of the highest Court in Nigeria; the Supreme Court has held in the case of Ojukwu v Governor of Lagos State that a party that is aware that injunctive relief has been sought against him ought to refrain from doing anything to foist a situation of complete helplessness on the court and that if he does he acts at his own peril as the state government has done in this case.

The Supreme Court has also decided on the case of UNILORIN 44 which is on all four with the present dispute between Fashola and the striking doctors.

It is therefore worrisome that Governor Fashola is not only a governor by the provision of our Constitution but a Senior Advocate of Nigeria thereby making him to know better the effect of his present infamy; a clear violation of the law of the land.

I however wish to posit that our 1999 constitution acknowledges the above words of Lord Acton I, the reason the provision of Section 188 of the Constitution make it instructive for Governor Fashola and other 35 states governors and their deputies that there is only a thin line from honour and dishonour as anyone of them who desecrates the robe of honour is liable to wear the mask of disgrace in form of impeachment.

The Governor of Lagos State has wittingly violated the law of the land, desecrated the one of the laws of which he is a custodian of and I pray, charity must begin at home in these circumstances as his government is projected as one of the governments that propagate a progressive ideology and respect for the rule of law.

The price of such infamy in respect of the personality involved pursuant to Section 188 of Nigerian Constitution as amended is impeachment.

Impeachment is a formal process in which an official is accused of unlawful activity, the outcome of which, depending on the country, may include the removal of that official from office as well as other punishment.

The word "impeachment" derives from Latin roots expressing the idea of becoming caught or entrapped, and has analogues in the modern French verb empêcher (to prevent) and the modern English impede. Medieval popular etymology also associated it (wrongly) with derivations from the Latin impetere (to attack). (In its more frequent and more technical usage, impeachment of a person in the role of a witness is the act of challenging the honesty or credibility of that person.)

The process should not be confused with a recall election. A recall election is usually initiated by voters and can be based on "political charges", for example mismanagement, whereas impeachment is initiated by a constitutional body (usually a legislative body) and is usually, but not always, based on an indictable offense. The process of removing the official is also different.

Impeachment was first used in the British political system. Specifically, the process was first used by the English "Good Parliament" against Baron Latimer in the second half of the 14th century. Following the British example, the constitutions of Virginia (1776) and Massachusetts (1780) and other states thereafter adopted the impeachment mechanism, however they restricted the punishment to removal of the official from office. In private organizations, a motion to impeach can be used to prefer charges

The provision of Section 188 is for the purpose of checking the unrestrained behaviour any of the governors of the 36 states and their deputies in Nigeria.

This misbehaviour which is unlimited could be on misuse of their powers, violation of any law or misapplication of the huge resources of the state. The Section is also to protect the citizenry from a governor who may have forgotten the contents of his or her oath of office.

Having apparently violated the law, it is imperative that the law must take its course even if the heaven may fall as I pray that our legislators should have courage and wisdom to do what is just and right for the benefit of all.