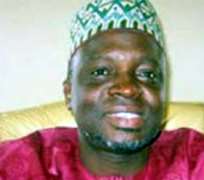 ABUJA, May 09, (THEWILL) - Vice Chancellor of University of Ilorin and Chairman of the Inter-faith Anti-Corruption Advisory Committee (IAAC), Professor Ishaq Oloyede has identified religion as a potent tool for fighting corruption through constant teaching and preaching.

He said this on Wednesday at the corporate headquarters of the Economic and Financial Crimes Commission (EFCC) while presenting the final draft of Inter-faith Manual and Teaching Aids to the EFCC chairman, Mr. Ibrahim Lamorde.

Professor Oloyede decried the level of corruption in the country and submitted that since fighting corruption seems to have defied conventional control measures, religious leaders must take it upon themselves to include anti -corruption messages in their sermons.

He conveyed the belief of the IAAC that the war against corruption cannot be left to the EFCC alone, and resolved to design many strategic and creative mechanisms in combating it. Some of these mechanisms include the production of the Inter-faith Media Outreach (television programme) and Teaching Manual (Christian and Muslim) with Teaching Aids for religious leaders.

“Having discovered that corruption has defied conventional measures, the IAAC has designed many strategic approaches, prominent among which is the educational method,” he said.

“The educational approach will be tackled from two angles: the media outreach — a religious anti-corruption television programme designed to educate the public both from the aspect of the EFCC mandate and the religious aspect; and the other the Teaching Manuals against corruption, designed for religious leaders for their use during their sermons.”

Receiving the manuals, Lamorde expressed appreciation for the quality of work and commitment of the Committee towards the fight against corruption.

“Religious leaders have more controlling influence on their followers than political leaders,” he said, acknowledging the strategic role of religious leaders in the character development of individuals. They can employ this to effect attitudinal and behavioural change among their faithful.”

He noted that current insecurity problems bedevilling the country might be connected with corrupt practices in the country but expressed optimism that the use of the manual will go a long way in changing people’s attitudes towards corruption. He also assured IAAC of the Commission’s unalloyed support.

The Inter-faith Committee was formed at the instance of the EFCC and its members comprise Muslim and Christian faithful. Members of the Committee that witnessed the presentation include Bishop John Praise, secretary; Sheik Yusuf Hussein Maibera, Pastor Cletus Alu, Usatz Amin Igwebe, Bishop Christian Ide, and Imam Ahmad Abdulrahim.