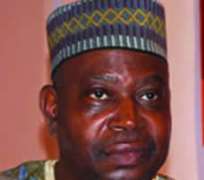 Iyayi
Radical former President of Academic Staff Union of Universities (ASUU), Prof. Festus Iyayi has returned a damning verdict on the performance of President Goodluck Jonathan in his first year in office.

Professor Iyayi who is the Head of Department of Business Administration, University of Benin described Jonathan's performance as a disaster and a great disappointment.

At the end of the month, President Goodluck Jonathan would be one year in office? Do you think his transformation agenda is on course?

I think the answer has to be teased out from the quality of lives of Nigerians in terms of the standard living has improved? The standard of living has not improved. Infrastructure; are the roads better? They are not better. Electricity generation; is there anything to say there? Nothing.

In fact, what you hear Nigerians say is that they made a mistake and that Jonathan is a disaster. People expected a lot from him. I don't know why they did. Even the massive national protest last January over his decision to take the IMF/World Bank advice to dramatically increase fuel prices - that shows the degree to which he has impacted on the lives of Nigerians.

People are bitter. They are bitter because although the elections had problems, people generally believe that he still won the election and that they voted for him believing that he would be some change. But that change has been for the worse and not for the better. So, he is a great disappointment.

How do you see the emergence of Bamanga Tukur as the National Chairman of the PDP and the second term agenda talk for Mr. President?

If Jonathan is a man of honour, he will resist his own temptation and also the temptation that others are imposing upon him through their own ambition, because when he took over, it was clear that he made the pledge that he would stay in office for one term only. We know that politicians generally, are liars. They cannot be trusted but if Jonathan goes ahead to then say he is going to break the promise that he made, he would have further added to this record of breaking promises, to this record of disappointment that I have just spoken about.

I think people will urge him on, they will do all kinds of things but ultimately, responsibility lies with him. Great men build traditions on the basis of integrity. Mandela served only one term in South Africa after he was imprisoned for more than 27 years. They told him to stay on for another term and he said no. That is the president of a country, a man who has suffered. Jonathan hasn't suffered, except that he claims that he didn't have any shoes when he was going to school.

He promised to spend only one term. That's what we read. I wasn't in the caucuses where these things were discussed. So, if he goes ahead to break the promise, then of course, he would have to face the consequences.

And the emergence of Tukur and all, you know as I said, there is no politics in Nigeria that is committed to ideals, to vision, to values and things like that. People just get involved in politics on the basis of self-interest.

So, if he decides, and of course, I read Asari Dokubo's first interview where he flew the kite that this man must do a second term and I said look, they are coming. It was predictable that they would do so at the beginning. So, if he goes ahead, he would pay the consequences.

How would you compare the electoral system in Nigeria to what has just happened in Senegal?

We don't have elections in Nigeria. I have said that. It cannot happen in Nigeria. Oshiomhole here (Edo State) is in power because of the court, otherwise he would not have been there. Recently, he has been screaming that they are planning to rig the election. In terms of the development of society, there is no correlation between what you call a system of democracy and the level of development that a country attains. There are different forms of democracy.

This new-liberal form of democracy marginalizes the majority of the people, favours the rich with a lot of property and money.

So, even within such a context like in the U.S., there is still a semblance of election but in the case of Nigeria, it does not happen. There are no elections. People are anointed. They are appointed into office. So, you can't have a game change on the basis of election. It cannot happen. That is why PDP can boast that in the next 60 years they would still be in power because being in power guarantees you the means for remaining in power through the rigging of elections. You can buy votes, you can do all sort of things. You can write figures.

You talk about anointing people into office. What role does the Judiciary play?

The Judiciary in Nigeria has been shown to be corrupt, it has been shown to be highly compromised. You know there is this division of powers between the Executive, the Legislature, the Judiciary and even the so-called fourth Estate of the Realm. The Executive by virtue of the powers it appropriates in relation to the resources of the country is in a position to corrupt all the other sectors of the realm and so it can buy and sell.

This so-called separation of powers is just a figment of imagination because the same class of people is in control. They are represented in the different areas and so they have different ways of linking up and doing things that they want. But the most powerful of the segments is the Executive, and so it can do as it wishes. But then the Executive, of course, is based upon the propertied and the moneyed class-those who have money.

Unfortunately in the case of Nigeria, if you compare it to the case of the U.S. the so-called military industrial complex stays on its own, decides who becomes president and all that. In Nigeria, to have money, you must be a politician because it is through cornering the resources of the state that you become a politician and to corner more money you must remain within the state apparatus.

So, the Executive in relation to the Judiciary is very powerful. And if you have a corrupt political system, it will corrupt political system. It will corrupt the judiciary. That's what has happened in Nigeria. So, the Judiciary cannot be the hope of anybody who is expecting that things are going to change. Things are going to change but they are changing for the worse in Nigeria.

We have institutions set up to fight corruption but in the light of what you have said, where do we go from here?

All these are just cosmetics. In every social order the ruling class creates avenues for the ventilation of grievances so that the system does not collapse. Parliamentarians in the U.K. appear to be transparent. They have social welfare. You pay for the health of people, you give them unemployment benefits. All those things are to prevent people from rising up and overthrowing the propertied class.

In the case of Nigeria, that does not exist. But now and again, because of pressure from outside and from within, you find that the state creates an EFCC and ICPC and charges them to fight corruption. It's like thieves setting up an agency to check themselves. It doesn't work. It cannot work. If you look at all the major cases of corruption in Nigeria, those who have suffered have been those who were on the wrong side of who was in power.

Look at the drama at the National Assembly where the probe of the capital market is ongoing. The woman said, look, we voted N30 million and gave them. Nothing has happened. Nothing will happen. Also, look at N1.7 trillion oil subsidy money that was stolen. They set up a probe, we read in the newspapers…ah, a lot of pressure is being put on the Farouk panel to return a verdict so that government would not collapse. Nothing is going to happen.

Elumelu panel investigated Energy sector. A lot of fraud was uncovered, but nothing happened. The Hart panel looked into the account of NNPC and all these oil companies and revealed a lot of things. Nothing will happen.

Where do we go from here?
The only change that can come is through some mass uprising. Even people like Prof. Ben Nwabueze and others who were fighting us in those days when we were in the trenches have come round to the same conclusion that we reached more than 30 years ago that only revolution can change this country. This there so-called transformation cannot achieve anything.

In fact, this government does not understand the meaning of transformation because transformation means radical change in the fundamentals of society that then point society in a different direction, a direction different from the one in which it currently is. There is nothing like that. In fact, we not only have more of the same, we have worse of the same because now we are told the World Bank has office inside Aso Rock.

It has never happened in Nigeria. They say it is to vet contracts and all of those things. How can a World Bank be vetting contracts awarded by Nigerians? Things have never been so bad. That is the fact of the matter.

The fact that Nigerians are not revolting does not mean that the conditions for revolt are not there. The conditions are there. It's just that what we call the subjective conditions that can lead to that revolt have not yet sufficiently materialized; but they will materialize.

In January, you saw the mass protest but it wasn't properly organized. The next one that will come will be better organized. So, I can assure you that it's only through such effort that this country will change, not by some parliamentarians or president mouthing a seven-point agenda or transformation agenda. It's just transformation into their pocket. They are buying time and while they buy time, they shorten the lives of Nigerians.

What is your assessment of Governor Oshiomhole's performance in Edo?

What do you predict for the July 14 guber election?

Edo people would vote Oshiomhole. I have no doubt about that. They would vote for him. The problem is whether the votes will count because as I said, it's not the votes that bring people to power in Nigeria. It's some machinery established by powerful forces that determine who becomes a public officer, who is declared the winner of an election.

So, people have to take responsibility for their votes. That is a very important function that must occur on July 14.