AZAZI AND THE SINEWS OF PEACE 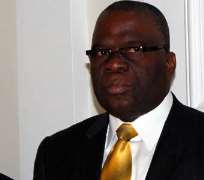 It is not all the time policy makers in Abuja speak the truth or stay true to the oath they take before occupying a political post, which ofcourse is total loyalty and patriotism to the nation. Infact, despite the intricacies bedevilling the country, most especially since the advent of the Jonathan administration, lies and deceit had taken center stage more than those of sincerity and truth. Two cases abound here when firstly, the current administration told shocked Nigerians about the existence of a cabal in the oil industry and for that reason, subsidies paid on fuel must as a matter of urgency be removed. Today, Nigerians are more convinced that all the hullabaloo about subsidy removal and its attendant benefit upon Nigerians had not taken a sincere path, what with the report coming from the House of Representative probe panel.

The other case in point was the judicial recklessness which led to the sudden removal of the Court of Appeal President, Justice Ayo Salami based on a National Judicial Council recommendation which found him guilty of impropriety in the discharge of his duties. Many Nigerians saw the insincerity on the path of the Jonathan administration when he refused to reinstate Justice Salami, despite another recommendation declaring that he should.

It is for this reason that the recent bomb shell dropped and statements credited to the National Security Adviser (NSA), General Andrew Owoye Azazi few days back went all the way to remind the vast majority of Nigerians how sincere very few individuals at the corridor of power could be, especially at a time when insecurity permeates most parts of the North.

It is quite shocking that despite the duties of the NSA which is totally apolitical and the purview of his office only within the presidency, he stirred the hornet's nest to an astounding public with his damning comment linking the security challenges faced by the country to the undemocratic machinations and machiavellian brand of politics of the ruling party.

He did not spare the Peoples Democratic Party PDP, as he traced the origin of Boko-Haram's church, police headquarters and United Nations buildings, suicide attacks, senseless shootings and killings to the 'politics of exclusion of the PDP in the region.' Gen. Azazi was categorical about the fact that the source of insecurity unprecedented in the history of the country began 'when there was a declaration by the current president that he was going to contest.'

Gen. Azazi's comments has given many the impression that the current administration is fast loosing touch with the realities on ground and despite the billions of naira appropriated for the purpose of security which ironically is placed in the office of the NSA, goes to show that even the NSA is fed up with the Boko Haram menace and the way it had led to challenges for the country's security and stability.

Gen. Azazi's comments, even if by now the entire content must have been suppressed, was a bold attempt to tell Nigerians what went wrong and why things are the way they are today. It went a long way in pointing at when and where the headache began and pained the most, most especially those behind it. Gen. Azazi's damning comments reminds many of president Jonathan's emergence firstly, as an acting president and secondly, through a Doctrine of Necessity, as president. The comments highlighted the basic fact that despite the call by the North to have their tenure completed until 2015, the PDP with its politics of exclusion, forceful imposition of candidates and do-or-die tradition refused.

Because of greed, the penchant to grab power by all means and fight a dirty political war against political foes, the zoning formula which had always been used by the PDP to settle political and geographical cleavages was jettisoned. In a bid to permeat themselves in power, they turned a deaf ear to threats coming from a particular candidate who swore the country would not be governable if he lost the presidential election.

As if that was not enough, the recent elections held by the PDP to choose most especially the party chairman has continued to generate ripples and acrimony among members who were of the opinion that the winner, Dr. Bamanga Tukur was single handedly picked by the presidency without allowing a level playing field for others. Besides, the arrangement had given many the impression that it was a means to 'exclude' a former Vice President from contesting the 2015 election as both the PDP chairman and presidential candidate cannot come from the same geopolitical zone. Many also believe that the Bamanga Tukur emergence was a clever ploy to give president Jonathan a second term ticket come 2015.

Because the Boko Haram threats and extreme actions has defied concrete solution and fast becoming a national embarrasment, the NSA's comment couldn't have come at a better time. If truely the current administration is doing all it can to bring to a halt the crisis in the North, it must first admit as true what had been said before and then find solutions to the issues within the PDP in fostering party unity and inclusion.

Rather than castigate the NSA for coming out boldly to tell us what we already know, his comments should be used as a linkage towards getting the intractable Boko-Haram to their knees. Nigerians are fed up with empty solutions, especially weekly condolences from the president usually pelted at families and loved ones wounded by the Boko Haram bombings.

It is quite unfortunate that hawks within the PDP have been calling for Gen. Azazi's head as if the NSA is answerable only to the PDP. It sparks off nothing but sheer ignorance on the part of the PDP to view the NSA's comments as one-sided when many of those affected by the party's politics of exclusion cut across the country's ethnic divide. Where was the PDP when an incumbent governor in the South-South was not given a level playing field to seek for re-election, yet systematically schemed out of the gubernatorial party primaries?

The NSA's comments was a matter of national security which under president Jonathan has been going out of hand and if national security is threatened unprecedentedly at this time in our history, especially when our nascent democracy is just growing, it becomes a national problem which must be nipped in the bud. This exactly was what the NSA was driving at. The way and manner even the president reacted proved his loyalty was to his party and not the constitution and especially many of those who had been slain by the illicit act of the dreaded sect and who also had voted for his 'goodluck mien'.

As an imminent shake up comes to the fore in the president's cabinet, it is the belief of many that Gen. Azazi would be given the big stick, but the vast majority of Nigerians will forever give accolades and praise to a man who knew the truth and spoke it even when many would dare not. The NSA's comments had been etched on the sand of history and the families left behind by those innocently annihiliated by Boko-Haram will forever be grateful to him for identifying a teething national problem which if capitalized upon might as well get the dreaded sect out of the way.