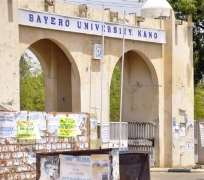 KANO, May 08, (THEWILL) - Eyewitnesses have confirmed the defusing of two homemade bombs detected and defused at the old campus of Bayero University Kano (BUK).

Sources said men of the anti-bomb squad of the Nigeria Police were deployed to the scene after residents found a strange object.

It was also reported that the alert spawned a wave of confusion on the campus, as students, lecturers and members of the university’s business community trooped out of the campus.

Only two weeks ago, similar explosive devices were detected at the institution’s Department of Sociology.

An earlier bomb and gun attack at the same university resulted in the death of scores of Christian worshippers.