LG Electronics To Launch Google TV In U.S. In Late May: Executive 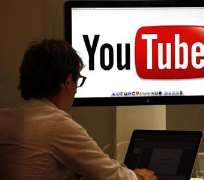 LG Electronics Inc, the world's No.2 TV maker, plans to launch Internet-enabled TV based on Google's platform in the United States in the week of May 21, as the South Korean firm seeks to gain a larger share of the emerging Internet TV market, a senior LG executive said on Monday.

The move reflects an aggressive push by the duo to defend against a potential threat from Apple Inc, which reshaped the handset market with its iPhone smartphone and is widely expected to unveil a full-fledged TV product later this year or early next year.

"Production of Google TVs will start from May 17 from our factory in Mexico and U.S. consumers will be able to buy the product from the week of May 21," Ro Seogho, executive vice president of LG's TV business unit, told a small group of reporters.

Google TV allows viewers to access Google services such as searches and YouTube videos on their television screens.

Ro said LG will decide whether to expand the offering to Europe and Asia after reviewing sales performance in the U.S. market.

LG gave no shipment target or details of prices or screen sizes.

The second version of Internet TV by Google, which hopes to replicate the success of its Android mobile software in the TV market, comes after its previous model, unveiled in 2010, failed to catch on with consumers.

Google's attempt to capture the living room audience has seen limited success so far due to a lack of web content or support from hardware manufacturers.

TV manufacturers from LG to its bigger rival Samsung Electronics Co have their own Internet-enabling TV platforms and are aggressively pushing their own technologies, along with Google TV, to gain the initiative and prop up margins with high-end products amid growing competition from low-cost producers.

LG plans to fit around 60 percent of its TVs with its own NetCast platform installed, to allow viewers access to the Internet, social networking and online games as well as LG's own TV applications.

LG saw its TV division's profit margin rising sharply to above 4 percent in the first quarter, helped by strong sales of high-end models such as 3D TVs and Internet-enabled sets, just when Sony Corp, Panasonic Corp and Sharp Corp expect to have lost a combined $21 billion in the business year that ended on March 31.

LG doubled its share of the 3D TV market to 15.3 percent in the fourth quarter of 2011 from earlier in the year, helped by cheaper and lighter 3D glasses that do not require the batteries and switches used in conventional 3D sets made by Samsung, Sony and others.

Sony's share of the 3D TV market tumbled to 13 percent in the October-December quarter from 34.6 percent in January-March quarter of last year, according to DisplaySearch.

LG hopes to further steal a march on its rivals by bringing forward the launch of a 55-inch flat-screen TV using next-generation technology, raising the stakes in a cutthroat battle for the living room between Asia's top tech powerhouses.

GOOGLE AMBITIONS
Google has long held ambitions in the television arena, hoping to extend its online advertising business to the big screens that still command the lion's share of global advertising budgets, and to make the best use of its ownership of YouTube, the world's most popular online video site.

But Logitech International, one of Google's initial partners that developed a set-top box offering the service, said late last year it had lost tens of millions of dollars building set-top boxes for Google devices due to weak sales.

An LG official said retailers' responses to the latest Google TV were positive.