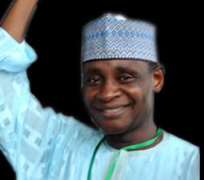 President of Nigeria Taekwondo Federation (NTF), Dr Jonathan Nnaji, has described Nigerian ticket holder for the London 2012 Olympic Games, Chika Chukwumerije, as a gold medal prospect, expressing confidence that he had been adequately prepared to beat others to the gold medal.

Nnaji, speaking with the media in Abuja when the World Taekwondo Federation (WTF) organised a training course for officiating referees in Abuja, maintained that Nigeria's representatives in the London Games would certainly win quality medal in Taekwondo events. Commenting on the medal prospects for his players, Nnaji, said: 'We will continue to say that surprises are part of the Games.

Chika Chukwumerije, who was not in the previous Olympics, is surprising everybody by the day. We have made solid arrangements to make that possible and that was why we kept changing training venues for our players because the opponents were spying on one another to know their level, latest style and skills.

'We have ensured that they toured three countries and I can tell you that we are on course. I believe that having won Olympic medal, Chika is looking beyond winning the same medal he won in the past. He is working hard to improve on that medal,' he assured.

He also spoke on the WTF 69th International Referee Seminar and 83 International Referee Refresher Course, noting that: 'Getting the right to host this event took us more than two years of consistent pressure and politicking as countries such as UAE, Senegal and Tunisia also jostled for the hosting right.