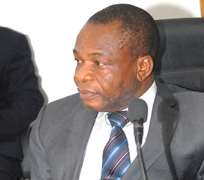 UYO, May 03, (THEWILL) - A former minister, Chief Nduenso Essien has condemned the level of corruption in the country, and called on the federal government to take decisive actions to reverse Nigeria’s status as one of the world’s most corrupt countries.

Describing the situation as embarrassing, the elder statesman advocated the declaration of a state of emergency on corruption in the country.

Essien, who was speaking in Uyo at a retreat on Repositioning the ICPC as a foremost Agency in the Anti Corruption Crusade, said that corruption cannot be tackled successfully with kid gloves. He called for the application of “subtle illegal acts tinted with doses of radicalism,” as was the case in Ghana, China, Singapore, Argentina and Chile.

The former lawmaker recounted that the two anti-corruption agencies, which were established during his tenure in the national assembly, are bound by self-imposed legal limitations, which “restrict the commission to unbundling legal technicalities in courts with the consequent delay in delivery of justice, manipulation and pervasion of justice.”

Essien, a former chairman of the House Committee on Anti Corruption in the National Assembly, described the theme of the retreat as appropriate but warned that the fight against anti-corruption may remain a mirage except the various anti-corruption agencies like the ICPC, EFCC, and Code of Conduct Bureau are repositioned to brace up to the corruption war.

“The anti-graft agencies have, in the last three years, degenerated into a ‘normal’ government agency devoid of the momentum that puts fright into corrupt activities,” he said. “The current level of corruption has gone beyond the capacity of the institutional statutes establishing the commissions and the capability of financial provisions for them.”

He maintained that the current attention given to the anti-corruption agencies by way of funding is grossly inadequate and will not allow for their effective functioning.

Declaring the retreat open, Governor Godswill Akpabio had told the participants that his administration brought probity and accountability to bear in delivering quality projects and programmes to the state.

Recounting that he had emerged through a due process that was orchestrated by the overwhelming will of majority of the people, Akpabio said that rather than engage in corrupt practices, his administration chose to channel the resources into massive infrastructure like roads, rural development, tourism, and free and compulsory education programme in the state.