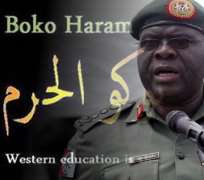 The recent revelations by the National Security Adviser at the South-South Economic Summit in Asaba, Delta State that the PDP politicians are responsible for the Boko Haram continous atrocities has become a bone in the neck for the PDP. Recent information revealed that that there is pressure on President Goodluck to sack Patrick Azazi.The comments of Azazi is nothing new because many people who are monitoring the activities of Boko Haram from a discreet distance including the writer have already made all these observations between the time of UN headquarterbombings and the Madalla Christmas Bombings. It was the frustrations at how government was footdragging on the issue of naming and exposing the sponsors of Boko Haram inside the PDP that led to the above article first published on the 2nd of February by thenigerianvoice.com.and by other media organisations. Azazi only reiterated what all informed sources including the PDP,CPC,ACN chieftains are aware of .By the time you are through you will understand that the ruling party actually has a syndrome of perpetual deception of which probably the Mountain of Fire Ministry (MFM) need to be contacted to conduct proper 21 day deliverance on them from the spirit of lies,pretentions and deception. Below is the replication of the article.

The Boko Haram as presently constituted has three wings. The pro-sharia Boko Haram which is the offshoot of the one led by late Alhaji Yusuf, the All Queda Boko Haram which is sponsored by Arab support and the Peoples Democratic Party Boko Haram which wants to prevent President Goodluck from contesting for a second term in 2015 or stifle his seven year tenure elongation bid. My analysis is to dissect the PDP Boko Haram and the lies they have fed Nigerians.

This party called the PDP is a bundle of deceit. The name Peoples Deceptive Party actually depicts them. When a criminal is in a locality and visits theft on the unsuspecting locals, the only way to avoid detection is to point in another direction as the search for the criminal ensues. The criminal blames the stranded traveler who lodged in a nearby motel or the stranded trader who slept in the market square or even the mentally deranged who lives near the sewage pit. This is the formula the PDP have used to make Nigerians look the other way while seeking for sponsors of Boko Haram.

Senator Ali Ndume is PDP, Inspector General of Police Ringim that supervised the escape of principal suspect bomber in Suleija on Christmas day is PDP, Zakari Biu the Commissioner of Police who executed the escape plan is PDP, the Christmas bomber is PDP registered in his village. PDP governors pays tithe to Boko Haram . The gun runner, Comrade Nuhu Mohammed , arrested for supplying arms to Boko Haram militants is PDP. His phone contacts revealed affinity with members of the Federal Executive Council, National Council of State and other PDP chieftains. The list is endless and it all points to the same source , the ruling party.

The opposition especially Congress for Progressive Change and Action Congress of Nigeria have asked the ruling party umpteenth times to unmask those behind Boko Haram. It is common knowledge within the opposition parties that the ruling party is using the Boko Haram to get at each other. The problem is that it gets far deeper than meets the eye. The PDP cannot afford to expose their Boko Haram members for fear of political recession. The entire nation is fed with lies while the bloodletting continues.

Immediately after the bombings of the United Nations headquarters in Abuja, intelligence reports indicted high level friends of government in the executive, legislature, senior party officials, elder statesmen and security officers including retired ones. It is expected that President Goodluck will seize the opportunity of the uproar and outrage against the bombings to confront the indicted senior members of the party. Instead he chose to appeal to some of them to turn a new leaf. Emboldened by presidential timidity the murderers recruited more high level personalities, hitherto sitting on the fence, into the murderous chess game.

Their strategy is to make the nation state unsafe, ungovernable for president Goodluck until he forgets his ambition of either a second term in office or the seven year tenure elongation plot. The PDP politicians in the North merely tolerated President Goodluck during the months and weeks to the presidential elections. There was so much funds to be shared in 2011 that they elected to stuff their pockets first before thinking of 2015.With hundreds of billions of naira used to purchase the northern PDP and with their pockets filled to the brim, they decided to start where they stopped. Where did they stop? They stopped when they sensed that the failure of President Goodluck to win the party ticket will likely result to his being non-partisan and thereby conducting a free and fair election at all levels. With the political realignment and discontent in the core north, a free and fair election will favor the opposition CPC. This will drive them into political oblivion and irrelevance and as such the option of free election is not desirable. Secondly the PDP politicians are not sure yet of what a Buhari presidency will do to the thieving elites. The only safe option was to swim or sink with Goodluck. Having secured their position, relevance and offices, they have resumed the zoning battle with a new coloration. The agenda is that this ‘Goodluck should not be given a breather until he wipes off any ambition beyond 2015 from his Ijaw mind’. They are yet to come to terms that a shoeless Nigerian would lord over their aristocratic birthright.

The Nigerian security forces especially the State Security Services and the Directorate of Military Intelligence have shown rare professionalism in tracking and monitoring the sponsors of Boko Haram. The problem is that the number of high profile personalities involved is such that only a presidential order would close up the matter. The President is yet to give the much awaited orders because of fear or religious, ethnic and sectional twists and propaganda. In such cases you cannot blame the monitoring agencies when the authority to enforce is not appropriately delegated. The escapist option is to blame the opposition parties.

Governors Babangida Aliyu and Rabiu Kwakwanso of Niger and Kano respectively deserve commendations because they have refused to accept Boko Haram insurgents hanging around their political space. Part of the attacks on these two states was to hit back at the intransigence of the duo over what others are condoning.

Their 2015 succession politics is not my headache because only God knows what would happen in 2015. The problem is that their succession chess game is leading to the death of numerous shoe and shoeless Nigerians and creating a pathological hatred between the Christians and Muslims of this country and the north and south of Nigeria, a trend which if not arrested, will lead to a civil war.

The Sharia Boko Haram could be checkmated by security agents, the Al-queda Boko Saram is containable by foreign military collaboration but the PDP Boko Haram could only be checkmated by northern elders or the leader of the party itself, President Goodluck. Feelers from the state House suggests a presidential helplessness and as such I deem it fit to suggest that PDP elder statesmen like Olusegun Obasanjo, Atiku Abubakar, Shehu Shagari, Alex Ekwueme, Joseph Wayas, Theophilus Danjuma and others who came to his rescue during the Yar’adua cabal face off should be invited to talk sense into their party men before they drag us all into armaggedon.