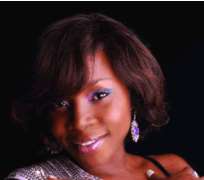 Months after amazing songstress,Omawunmi released her stunning new single which she titled Bottom Belle where she duet current wave making Afro centric act Flavour,the story reaching us has it that once upon a time popular Ajegunle act,called Xperience Oligbese now based in Edo State capital Benin City,has threatened to drag the song diva Omawunmi to law court for what he termed copyright breach.

The handsome seven footer,popularly known for his trademark Oligbese for sale told us that Omawunmi lifted some lines from his song he titled Do Something which is contained in the album he titled Givam Chance,released sometime in early 2004 and was produced by Nelson Brown for Progressive Sound Park a Lagos based Recording company.

The Delta State born Dancehall act said before Omawunmi recorded her song we have met several times at shows,where I performed my songs in her presence and the only thing she told me was that she loves my style of song,but she never told me that she was planning to lift some lines from my song titled “Do Something” until in February this year when the label owner that released my album called me to ask why I allowed Omawunmi to lift some lines from my song without permission or credit to me and I was surprised.

Even till last week I have been trying to call her but she refused to pick my calls.

Oligbese further lamented that the line lifted was his brain child where he sings brother do something,Kpamurege,sister so something kpamurege

On what he was planning to do next the singer said that he had since consulted his legal advisers who are now preparing to sue Omawunmi and her Recording company for copyright infringement.

Oligbese further told us that he is seeking for N50million as compensation for tampering with his intellectual property rights.

Meanwhile we gathered that a Lagos based fire spitting lawyer who was for years a Deputy head of chambers in the late Gani Fawehinmi law firm is the one handling the case.