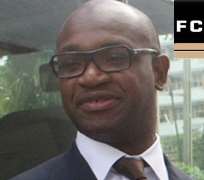 SAN FRANCISCO, April 29, (THEWILL) - In the latest down-sizing effort to hit the banking industry, First City Monument Bank (FCMB) Plc has sacked 550 staff of Finbank Plc, who comprise 30 per cent of the staff strength. About 43 branches of Finbank have also been closed.

Announcing the development at the weekend, managing director of FCMB, Mr Ladi Balogun said 70 per cent of the workforce of Finbank was retained, adding that the dismissed workers would be adequately compensated with an attractive package.

“We have provided a very healthy severance package for them,” he said. “We retained their medical; they will also be allowed to keep the bank’s assets; gratuity is also retained; we will provide proper counselling and training to manage the disappointment that they were not retained by the bank. In fact, the rationalisation exercise was painstaking.”

Balogun confirmed that the latest mass sack is the last in the bank’s rationalisation exercise, since 320 staffers of FCMB were laid off last year.

“The merger, billed to be concluded in June, would create more jobs in the next two years and catapult the retail banking niche of the enlarged FCMB to a mass market,” he enthused. “Customers in the closed branches have been briefed. While some of the affected branches were not profitable, others were overlapping, that is, located near FCMB branches.