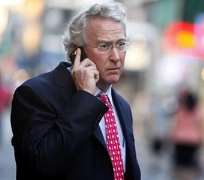 As Chesapeake Energy Corp.'s board of directors moves to distance itself from loans taken by CEO Aubrey McClendon, documents reviewed by Reuters show that at least one former board member had undisclosed personal financial ties to him in the past.

Now-retired board member Frederick Whittemore lent money to McClendon in the late 1990s, the documents show, even as Whittemore helped determine how much the CEO should be paid to run Chesapeake.

This week, the energy giant reversed an earlier statement that its board was "fully aware" of up to $1.1 billion in personal loans that McClendon has taken in the last three years. "The board of directors did not review, approve or have knowledge of the specific transactions engaged in by Mr. McClendon or the terms of those transactions," the company said.

Whittemore, now 81, did not respond to messages left at his office and home.

Ron Hutcheson, McClendon's personal spokesman, acknowledged the existence of the loan but said the deal between Whittemore and McClendon ended in March 1999. He did not say whether the debt was repaid.

Provided with a copy of the financing documents and asked for comment, former Oklahoma governor and current Chesapeake director Frank Keating said in an email that he would "refer this to our legal team for review and response as appropriate."

Although nearly 14 years old, the McClendon-Whittemore deal raises a number of concerns, some analysts said. Among them: whether a board member who helps determine McClendon's salary should have a separate, private financial relationship with the CEO he oversees.

"For an independent board member on the compensation and corporate governance committees to be doing a deal with the CEO, that's something that would be inappropriate governance and that should be disclosed," said David Larcker, a corporate governance specialist and professor of accounting at the Stanford University Graduate School of Business.

Whittemore, who worked for more than 20 years at Wall Street giant Morgan Stanley and its predecessors, was chairman of the American Stock Exchange from 1982 to 1984, according to a biography compiled by Forbes.

Because the underlying loan agreement is private, the total value and precise terms of the financing agreement between McClendon and Whittemore remain unclear. The documents reviewed by Reuters refer to a "Security Agreement dated effective May 20, 1998 between the Debtor, and the Secured Party." The debtor is identified as McClendon, and the secured party as Whittemore.

A summary of the collateral pledged by McClendon shows he granted Whittemore all "right, title and interest" in a company called Chesapeake Investments LP. That firm was established and run by McClendon. It was regularly used to hold stakes McClendon acquired in each new oil or gas well drilled by Chesapeake, both before and after the financing deal with Whittemore, according to mortgage documents filed in Oklahoma, Texas and Louisiana reviewed by Reuters.

Given the dearth of details on the loan, some analysts weren't certain what to make of the arrangement.

"On this specific issue, it's difficult to say whether there is a conflict - unethical or even questionable - from my viewpoint, unless you knew what assets were underlying the debt obligation," said Raymond Deacon, a managing director at investment bank Brean, Murray, Carret & Co in Boston. "If (McClendon) was using company assets as collateral or interests in his ownership of wells, I think there is a clear conflict and it should have been disclosed."

On Thursday, Chesapeake's board announced it was negotiating an early termination of the well perk program, which was set to expire in 2015. The board also has launched a review of McClendon's related-party loans, and the Securities and Exchange Commission opened an informal inquiry into the well perk program.

The moves come in the wake of a Reuters investigation last week that showed McClendon has borrowed as much as $1.1 billion in the last three years to fund the costs of well stakes granted to him by Chesapeake. Most of the loans were made by EIG Global Energy Partners, an investment management firm that has invested $2.5 billion in Chesapeake along with other investors.

Investors and analysts have criticized Chesapeake's board for failing to monitor McClendon's borrowing against his share of company wells. They contend his personal borrowing may create conflicts of interest that could put McClendon at odds with Chesapeake shareholders.