Senate To Probe Poor Services, Neglect Of Language Institute, Too 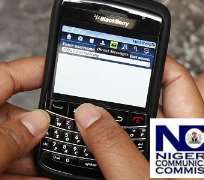 ABUJA, April 26, (THEWILL) - The Senate on Thursday resolved to investigate all the major telecommunication companies operating in the country for the poor quality of their services, and lambasted the Nigeria Communications Commission (NCC) over its ineptitude in properly regulating the telecom sector.

It slammed top telecom service providers including MTN Nigeria, Globacom, Etisalat and Airtel for their services, which contrast their huge financial gains off subscribers. The decision to probe the telecom service providers was subsequent to a motion sponsored by Senator Gbenga Ashafa and 43 others, entitled Deteriorating Services by Global System of Mobile Telecommunications (GSM) providers.

In the same vein, the upper chamber resolved to open an investigation into the decrepit state of the National Institute of Nigerian Languages. The resolution of the Senate followed the debate on a motion, titled Denial of funds to National institute for Nigerian Languages by the Federal Ministry of Education, sponsored by Sen. Enyinnaya Abaribe.

In his motion, Senator Ashafa argued that the services that Nigerians pay for are not rendered by the GSM service providers. He expressed regrets that despite their poor service, they still flood the market with promotions of all kinds in order to boost their revenues.

“Despite all the licenses issued, subscribers are extremely disgruntled over the poor quality of services being provided by these GSM/Telecom operators,” he said. “The complaints include persistent drop calls and resultant loss to the users that were billed for calls not utilised. Calls between networks are hardly audible and sometimes distorted.”

He added that “the subscribers are being defrauded by the operators due to the poor quality of service. It can be seen from the rewards of their promotions and advertisement drives that they are smiling to the bank while subscribers feel short-changed.”

During contributions, Senators called for an immediate investigation into the operation of the companies, mandating the NCC to direct GSM service providers to confer with one another to reduce environmental hazards.

Deputy Senate President, Ike Ekweremadu, in his ruling, condemned the regulatory efforts of NCC, saying that Nigerians deserve better services from the companies.

“Nigerians deserves better service in terms of GSM service today; regulatory agencies need to wake up to their responsibilities,” he said. “The laws we have in this country are as good as those in other countries. The problems we have are the regulatory agencies, not just NCC; they are not getting them to adhere to our laws, and they are the weak links.”

Senator Ayogu Eze, PDP, said, “Every time we travel even to countries that are smaller than Nigeria, we have access to better telecommunication services. I believe that the time has come to wipe this people into line.”

Senator Chris Ngige, said, “If you say you are going to provide services and somebody buys into your service and midway you change the rules and take money, it is corruption. The GSM companies are ripping us off. Nigerians are being subjected to inhumane treatments by service providers.”

In his lead debate on the Nigerian Languages motion, Sen Abaribe disclosed that an attempt had been made by the Federal Ministry of Education to illegally transfer the institution to a department under the University of Nigeria Nsukka. He added that as the law establishing NINLAN was never repealed, the institute still exists in the eye of the law.

He lamented that the institution, which was established to teach indigenous Nigerian languages has been in limbo since 2007, due to the refusal of the Federal Ministry of Education to allocate funds to it despite appropriations made by the National Assembly.