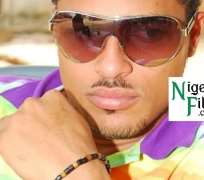 Few days ago, Nollywoodgists.com reported a story of the arrest of a Ghanaian actor, Van Vicker in Lagos over the weekend for arms possession.

We also said in the story that it took the effort of Nollywood actress, Uche Jombo help out with the release of Van.

In a reaction to the story, Van Vicker released a press statement through his management.

The statement reads, “Indeed, the guns Van had in his possession were purposely for movies and not real ones.

These guns are used in the U.S.A and Europe for movies and Van has reached a point in his movie career as a producer and director where he feels it's only fair to have prop guns that appear to be real.”

The management also revealed to  Nollywoodgists.com that after Van had passed through all security checkpoints and sat comfortably on the Plane, he was called again to ascertain the content of the luggage.

“When he identified that the items were prop guns and purposely for movies, the security persons at the airport asked him (Van) to accompany them to Ikoyi to have a thorough check on the items by their expects where he was finally cleared.

He was treated with the needed respect and never manhandled as some people are speculating. Van was never arrested, the actor concluded.

Van Vicker is already back safely in Ghana and has asked all his numerous fans to be rest assured because there is no cause for alarm.