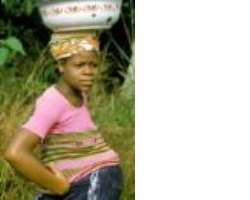 Migraines substantially raise the risk of a stroke during pregnancy, a US study suggests.

It also linked the headaches to a raised risk of heart disease, blood clots and high blood pressure.

The researchers suspect migraine puts extra stress on the body when it is already struggling with increased blood volume and heart rate.


They also suggest it may be possible that migraine itself is a sign that the cardiovascular system is not working as well as it should be.

Previous research has shown the cells that form the inner wall of blood vessels, called endothelial cells, may not function as well in people with migraine.

Migraine headache occurs in up to 26% of women of childbearing age and around one third of women aged between 35 and 39.

Big study
The researchers, led by Wake Forest University, based their findings on an analysis of 33,956 pregnancies from 2000 to 2003.

Migraines during pregnancy were linked to a 15-fold increased risk of stroke.

The risk of a stroke in pregnancy is low, at about four cases per 100,000 births.

But the researchers said doctors should nevertheless be vigilant when treating a pregnant women with active migraines, treating the condition as a potential marker for cardiovascular problems.

Researcher Professor Cheryl Bushnell said: "Our study should not discourage women with migraine from considering getting pregnant.

"Many women with pre-pregnancy migraines improve with pregnancy and never have a problem."

Dr Mark Weatherall, a consultant neurologist at London's Charing Cross Hospital, said the number of women in the study reporting migraine was low, which suggested the condition may have been under-reported, raising the possibility that the link with stroke may been over-estimated.

But he added: "We already know that migraine with aura is a risk factor for stroke in young women, particularly if they smoke, and that this risk is higher if they take an oestrogen-containing Pill.

"The same is likely to be true in pregnancy."
Joanne Murphy, from The Stroke Association, stressed that stroke during pregnancy was very rare.

She said: "However, this study shows that some expectant mothers with migraines are at risk of stroke.

"It is important that pregnant women talk to their GP or health professional if they experience migraines."

Dr Tim Chico, a cardiologist at the University of Sheffield, said the study was based on limited information obtained from databases of patient records.

"This study suggests but by no means proves suffering migraine might increase risk of stroke during pregnancy."