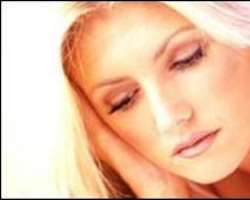 The patch is designed for post-menopausal women
Listen to article

It criticised trials of the treatment as flawed and inconclusive.

The makers, Procter & Gamble Pharmaceuticals, said Intrinsa had been thoroughly tested, and had been shown to be effective.

There is some evidence that the condition may be linked to low levels of the sex hormone testosterone.

Intrinsa is designed to address the problem by releasing a daily dose of the hormone into the blood stream from a patch worn on the lower abdomen.

It is prescribed for women with HSDD who are also receiving therapy to top up levels of another sex hormone, oestrogen.

The patch was licensed by the European Medicines Evaluation Agency in July 2006.

Selected groups
However, the journal said that key trials of the patches involved highly selective groups of women, and excluded those with various mental or physical conditions that could also affect their sex drive.

In some trials, the journal said, a diagnosis of HSDD was made on the basis of short, unvalidated questionnaires.

In addition, significant numbers of women who took part in the trial reported that their sex life picked up even though they were given a dummy treatment with no biological effect.

This, the journal said, suggested that low levels of testosterone might not have been the problem in the first place.

In some instances women reported having sex up to three times a month before the trials - raising questions over whether they had a poor sex drive at all from the outset.

The journal also highlighted the fact that the patch was associated with side-effects such as acne, hair loss, skin reactions, weight gain, migraine and insomnia.

However, trials of the treatment lasted for a maximum of six months - so the long-term safety of the patch was not clear.

In a statement, the journal said question marks remained about both the effectiveness and safety of Intrinsa.

"For all these reasons, we cannot recommend Intrinsa for use in women with sexual dysfunction."

In a statement Procter & Gamble Pharmaceuticals said: "This testosterone patch has been studied in clinical trials involving over 1,000 surgically menopausal women with low sexual desire causing distress, treated for up to six months and was shown to be well tolerated.

"The company has also put in place an independent safety advisory board and a robust risk management plan which is shared on a regular basis with the European Regulatory Authorities.

"In these clinical studies, the testosterone patch was shown to significantly increase satisfying sexual activity, increase sexual desire and reduce the related distress. These results were statistically significant versus women treated with placebo."