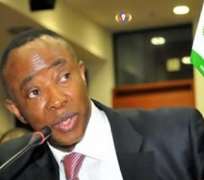 The Petroleum Products Pricing Regulatory Agency, on Monday, unveiled the identity of the beneficiaries of the controversial N127.8bn fuel subsidy allegedly paid to “unknown entities” in tranches of N999m (made 128 times) within 24 hours. It also revealed that the payments were made on January 8, 2009.

The identities of the 15 oil companies and importers that benefited from the payments were shrouded in secrecy when the report of the House of Representatives Ad Hoc Committee that investigated the oil subsidy payment between 2009 and 2011 was made public.

The PPPRA, on Monday, however, noted that there was no case of fraud in the transaction as the payments were made with CBN cheques and the counterfoils were still available.

The Executive Secretary of PPPRA, Mr. Reginald Stanley, in an interview with our correspondent, named the recipients of the fuel subsidy fund and gave a breakdown of the payments done within 24 hours.

Stanley said although the payments were made same day, they were for two batches that had been due and verified.

He explained that the payments were made in tranches because of a regulation by the Central Bank of Nigeria, which barred government agencies from issuing cheques of up to N1bn and above.

He said, “Although there were not 128 marketers under the scheme at that time, 128 cheques representing multiple payments were issued to 15 participating marketers.

“The payments had fallen due but were paid together in January 2009. In line with government financial regulation at the period, government agencies were not permitted to issue a cheque of one billion naira and above.

“At the period of the payment approval, the marketers were owed several billions cumulatively and as such, payments were broken down to N999m per cheque in line with financial regulation.

“The allegations of fraudulent duplication of payments to unknown beneficiaries cannot be substantiated. This information is easily verifiable as the cheques issued were CBN cheques, the counterfoils of which are still available.

“The similarities of the figures derived from the adherence to financial regulation and not of fraud as indicated in the report.”

The House of Representatives Ad Hoc Committee report had indicated that the controversial N127.8bn were allegedly paid to “unknown entities” in tranches of N999m within 24 hours, thereby raising suspicion.

Stanley also said there was no discrepancy on the Petrol Subsidy Fund over-recovery account.

The PPPRA boss also denied allegation that the agency paid itself a total of N316bn.

He said that the money was paid to marketers while PPPRA received N1.12bn as administrative charges.

He said, “From the available information to the agency which were equally provided to the Ad Hoc Committee, the N158bn and N157bn reported by the media as administrative charges are wrong.

“The amount is subsidy and other payments (Forex differential and interest rate on late payment of subsidy) approved by government based on the report of the Ministry of Finance appointed auditor, using the e-payment.

“The account resides with the CBN and the agency usually advises CBN to debit the PPPRA PSF account while crediting the marketers.

“It is worthy of note that this was done in line with government’s policy of e-payment before the advent of the alternative method of subsidy payment in 2010.”

He added that records of the payment still resided with the agency and CBN, and were available for scrutiny.