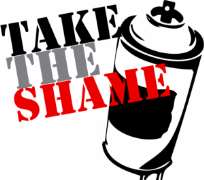 
The Peoples Democratic Party (PDP) and Senate President David Mark have strongly condemned statements made by United States Secretary of State, Hillary Clinton, during her two-day visit to the country.

But the Nigerian Bar Association (NBA) commended the former first lady for not mincing words on issues of corruption and governance.

In a statement signed by its National Publicity Secretary, Prof. Ahmed Alkali, the ruling party said Clinton's reference to “failure of leadership” is inaccurate given that the present administration is committed to good governance and the rule of law.

According to the PDP, her observations were based on “misinformation” and does not reflect the reality on ground.

Some of Clinton's comments were sweeping, said the party.

PDP said Clinton was welcome to Nigeria but added that “we are at the same time concerned that some of her remarks are not only way off the mark but also based on misinformation.”

“Mrs. Clinton seems to have taken her briefs from individuals or groups and other failed politicians who have an axe to grind with the Government of the Federal Republic of Nigeria. We do not want to believe that her mission to Nigeria was meant to confer legitimacy to these groups who are pursuing narrow interests within the Nigeria political environment,” the PDP added.

The PDP went on to argue that the commitment of Yar'Adua to resolving the Niger Delta conflict, strengthening the instruments of law, protecting the rights of citizens, reforming the electoral process and fighting corruption could not be faulted.

The party said that Yar'Adua's Seven-Point Agenda is a properly articulated tool for national rebirth and renewal. That is the government's response to the lapses caused by the inadequacies of the past, said the party.

The ruling party called on the US to find ways to encourage the growth of the country's democracy through constructive engagement. It advised against focusing on issues capable of undermining Nigeria's sovereignty or straining long established relations between both countries.

Responding to questions from reporters at the Presidential Wing of the Murtala Muhammed Airport last night, the Senate President criticized Clinton's view on Nigeria's Electoral Act.

Mark said there was nothing wrong with the Act. Rather than criticize the Electoral Act, he urged politicians to abide by the rules that guarantee free and fair elections.

He stated that the Electoral Act was not the reason politicians snatch ballot boxes during polls. He reiterated that rather than be dictated to on democracy, the country would decide what form of democracy suits her.

Meanwhile, the NBA said it is in agreement with Clinton's statement that corruption is one of greatest problems facing the country and that the menace was among other factors that have caused failure of governance.

A statement by the NBA President, Mr. Oluwarotimi Akeredolu (SAN) said: “The NBA wishes to align itself with the statement credited to the US Secretary of State, the summation of which was that corruption, amongst other factors have caused failure of governance in Nigeria.”

Clinton left Nigeria today for Liberia as part of her seven-nation African tour. While in the country, she met with President Yar'Adua, the Foreign Minister, Ojo Maduekwe, and civil society groups.

She also hit hard on corruption, electoral reform and the Niger Delta.