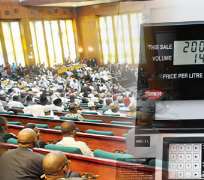 If there is anything the recent House of Representatives public hearings on the petroleum products subsidy established firmly, it is the fact that abuses in the importation and payment of these products have been going on for several years.

The fact that the abuses have been going on years for years should not surprise anyone. Before the restoration of democratic government in 1999, for instance, Nigerians were subjected to years of not just long queues at petrol stations but also imported inferior petroleum products. The off-specification fuel damaged vehicle engines and also affected the health of our people, with a number of those afflicted by respiratory problems like asthma and bronchitis reported dead; medical experts speculate that the inferior petrol, which had an offensive smell, could cause cancer.

It was later discovered that the off-spec product was brought into Nigeria by a politically well connected family. The family was, in fact, importing all the petroleum products. Because the huge demand –given the country’s population of 130million then—this family could not cope. The result was a perennial scarcity of fuel which gave rise to long and endless queues at petrol stations, as well as arbitrary price increases in most parts of the nation.

It is necessary to restate these recent facts about the management of the downstream sector of the Nigerian petroleum industry because all of a sudden the impression is being created in some quarters that the problems which the Nigerian public has witnessed in the importation and payment of petroleum products in Nigeria are a new creation. The impression is utterly misleading.

The problems of fuel subsidy are not new. They existed long before President Goodluck Jonathan came to power. In fact, the Petroleum Products Pricing and Regulatory Agency (PPPRA) was created by the Chief Olusegun Obasanjo administration as part of a serious effort to solve this long standing problem. But instead of PPPRA being the solution it is a pity that the PPPRA itself was to become one of the problems. Even the late President Umaru Yar’Adua was another leader who grappled with the problem of subsidy abuses without success.

Much as the government decision to end the payment of fuel subsidy on January 1, 2012, may not be very popular because of the timing and the economic hardship facing our people, President Goodluck Jonathan must be commended for not just uncanny courage but also for his sincerity of purpose, because he looked back, saw that his predecessors had been unable to stop the subsidy abuses and, rightly or wrongly, he took the bold decision to end the rot once and for all.

As regards sincerity of purpose, another key government official who deserves commendation is the Minister of Petroleum Resources, Mrs Diezani Alison-Madueke. Most Petroleum Ministers we have seen in this country have not been interested in petroleum subsidy removal simply because of their private benefits. They have over the years used fuel importation to empower and reward party loyalists, family members and friends, which profoundly hurts Nigerian citizens. In other words, it is not in the personal interest of a Petroleum Minister to remove fuel subsidy. For daring to be different Mrs Alison-Madueke deserves kudos.

Looking back over Mrs Alison-Madueke’s tenure as minister it is easy to see a consistent pattern of trying to solve this problem.

By the time the TAM is concluded within one year, even if there are not enough petroleum products for local consumption from the four refineries which collectively have the capacity to refine 445,000 barrels of crude oil per day, the demand for imported fuel will reduce drastically. This development will have an immediate salutary impact on the country’s expenditure on fuel subsidy and on our foreign exchange reserve, as well as on employment and business opportunities for the Nigerian people.

But Mrs Alison-Madueke did not stop there. Because of the problems that had been brewing in PPPRA, last November she inaugurated a new team at the PPPRA with the mandate to clean up the mess. Since then the new PPPRA management has taken some critical steps to sanitise the importation and payment of fuel and their efforts have been highly commended by industry watchers.

Not even the most dedicated opponent or critic of President Jonathan can fail to acknowledge that his administration has demonstrated impressive courage and selflessness in tackling the challenge of importing and paying for fuel in Nigeria, which has been draining Nigeria’s national treasury for well over 10 years. If only previous government officials had displayed such commitment to the common good, the petroleum subsidy issue would have been resolved long ago, or would not have risen at all. The President Jonathan administration has, once again, demonstrated the virtue of placing national service above parochial and personal interest. We are impressed.