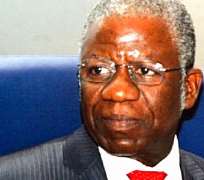 SAN FRANCISCO, April 16, (THEWILL) – The Presidential Committee set up by President Goodluck Jonathan with the charge to restructure and rationalize Federal Government’s parastatals, Department and Agencies has recommended the scrapping of the Economic and Financial Crimes Commission (EFCC), Federal Road Safety Commission (FRSC), the Independent Corrupt Practices and other Related Offences Commission (ICPC) amongst dozens of others.

The Presidential committee, which submitted its recommendations to President Jonathan Monday in Abuja, said the agencies were duplicating the functions of the Nigeria Police Force.

While receiving the report, President Jonathan assured that a White Paper Committee would be set up to enable full implementation of the recommendations. He also promised that the White Paper would be ready within 60 days.

During the course of its almost 8 months work, the committee also discovered that billions of naira were channeled to agencies that had either been scrapped, commercialized or privatized as far back as year 2000 under the President Olusegun Obasanjo administration.

The committee is believed to have recommended a drastic reduction in the number of parastatals and agencies to about 168.

The Chairman of the committee and former Head of Service of the Federation, Mr. Orosanye presented the about 800-page report to President Jonathan at a ceremony attended by cabinet ministers and presidential aides.