IBORI'S MANY FORGERIES, GUILTY PLEA AND MY RECENT SILENCE! 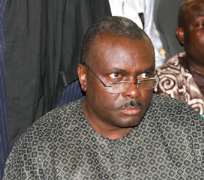 That Ibori’s infamy hit rock bottom when he finally pleaded guilty to sundry thievery charges because all his forgeries at the end of the day could not pull the wool over the eyes of enlightened courts outside our clime is no longer news. That Ibori is however yet to plead guilty at home to many other forgeries and thievery charges because he has not only successfully conned some of our law personnel at home with his forgeries or loaded wads into their accounts and left them with dead consciences is open-secret. That Ibori ‘forged’ himself in the first place on Deltans is known by all except Ibori’s well-fed courts and tribunals that think black is white.

Though we know only one James Onanefe Ibori in history, we have not seen that ‘one James Onanefe Ibori’ of Bwari court case. Our courts up to the apex would tell you the man the whole globe saw carry ‘guilty placard’ in London court because he could not carry wads to lockup consciences of true judges, is not that ‘one James Onanefe Ibori’. From far away London court we now hear that Ibori was not Delta’s legitimate governor, but thief in government house and pretender of that public office, who plundered Delta’s wealth and hand out patronage, let’s say to ‘the forty times forty thieves’. That will be 1,600 chief thieves of our Delta State treasury still free out there, many with Uduaghan in Asaba and Delta Councils headquarters, some with Goodluck Jonathan at Aso Rock and National Assembly, and some now shamelessly in the opposition in Delta; people who should be sharing in Ibori’s calamity.

Ibori ‘forged’ himself on Deltans twice for eight years. And he then went ahead to ‘forge’ Uduaghan on Deltans once and then twice, being the highest patronage he can hand out to a close relation to cover his tracks. Corruption that was the only language of Ibori’s usurped government, straddles his cousin’s equally usurped government. Ibori and Uduaghan have given us unmatched profligacy in government and matchless election rigging. The rigging is necessary for the continuity of profligacy and or to ‘keep at bay’ trail followers!

When Uduaghan was Ibori’s Secretary to State Government (SSG) so much cooked up records were made; some of the fiendish goals are what Ibori is pleading guilty about today in London. And when Ibori railroaded Uduaghan on us as governor, the Delta State Secretariat was engulfed with fire at a time EFCC was closing in on Ibori. The point: Records forged under Uduaghan as SSG were engulfed under Uduaghan as governor. Someday somebody will plead guilty.

Having consistently been in the media forefront of anti-Ibori government campaign given Ibori’s apical thievery of Delta funds, apical ‘annexation’ of the electoral process and equally apical hijacking of the judiciary before and after he left Delta State house, many have wondered why I’ve suddenly become silent in recent months about Ibori, especially given his guilty plea. Why the silence? Several reasons:

Now that Ibori has vindicated me by agreeing he was a big stealer of our treasury who sucked Deltans dry with some dead, what else can one really say after saying so much already, so much as could make two big volumes of collection of published articles (of this writer) about Ibori’s sweeping affront on Deltans and full assault on their consciences? Again, sometimes you have to allow people who will not talk, when you’re shouting with your last breath, to talk when you’re vindicated in such a very loud way. When what you have been shouting loud and clear at home, which is not heard by our courts and or not properly heard by EFCC and groups like it, is heard by law enforcement agencies and a court in another clime, and it becomes leading international news you need to allow your compatriots to have a free song. So, yours sincerely was simply hands akimbo, seeing the writing community in Nigeria flooding our papers with the end-story of Ibori’s Mephistophelean occupation.

Yet, another reason: Before Ibori’s early guilty plea, I had a dream. Ibori was in extremely horrifying trouble, such that I was unspeakably afraid for him. Honestly, it is not proper representing what I saw in a newspaper. I told it then to a pastor and bosom friend of mine. What is relevant here for consumption is that Ibori, in the dream, was apprehensively asking me to be writing for him to save his bacon i.e. to deliver him from serious danger. After that terrible dream, I didn’t look like one who has been anti-Ibori government for years. I was snowed under with empathy and flooded with pity. But to write for him, never! Two or so months after, Ibori tumbled down to his early guilty plea.

And then lastly: The recent composition of the opposition in the State drains my writing zeal. Many characters with Ibori and Uduaghan are now highly and comfortably seated in the opposition. It is the struggle to unseat bestiality in government and free our treasury from deadly human pincers that I elected to fight in, and not just to unseat Ibori or Uduaghan. Every struggle is birthed, governed and driven by principle. Why throwing stones with the Iboris against Ibori when they have not restituted. Great Ogboru has won all the elections he has ever contested in Delta State. He doesn’t need any moneybag, let alone moneybags ‘courtesy’ of our treasury, to win elections.

When I led the struggle against Ibori from the media flank with Fred Brume heading the struggle, these people weren’t around. When the threat of losing one’s life was apparent and I had to relocate to Lagos on counsel and lost my three thriving business outfits in Warri hugely because of that, some of these people and Ibori were ripping off our treasuries and ripping up our lives. When Great Ogboru came back from the UK, and all opposition collapsed their structures behind him as leader of the struggle to drag bestiality and fiendishness from governance and horrible leeches from our state treasury where were they? Were some of them not playing area boys in what was then Ighoyota Amori’s Core Group – a PDP group in Delta ready to “dance naked” and “kill an ant with a sledgehammer”, to quote Amori, who is anything that Ibori is – and lived lush thereby?