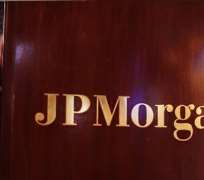 An uptick in trading and dealmaking lifted JPMorgan Chase & Co's first-quarter profits out of the funk of late 2011, but the recovery fell short of the good times the largest U.S. bank enjoyed a year ago.

JPMorgan also got a boost from improvements in credit quality and loan demand - a trend seen in the performance of Wells Fargo & Co as well. The No. 4 U.S. bank separately reported higher first-quarter profit as mortgage banking improved and it set aside less money for bad loans.

"The revenue is what really impressed me," said Joe Terril, founder of Terril & Co, a money manager in St. Louis, Missouri, referring to a 24 percent jump in JPMorgan's total revenue from the fourth quarter.

"It tells me there's more economic activity, maybe, than what we were previously thinking - more demand for credit, more demand for banking services, more business out there," he said.

The results from two of the largest U.S. banks confirm investor optimism that has fed a market rally this year. The KBW index of bank stocks is up more than 20 percent this year, and JPMorgan shares are up 32 percent.

But on Friday, investors appeared no longer satisfied with just tentative signs that the economy is on a path to recovery; they now want to gauge its strength, and JPMorgan's numbers gave them reasons to take a breather.

The results could raise expectations for rivals such as Goldman Sachs Group Inc, Morgan Stanley, Bank of America Corp and Citigroup Inc, which are due to report quarterly results in the coming days.

Investors have been keen to hear bank executives say whether they see convincing evidence that business demand for loans will continue to increase, and JPMorgan Chief Financial Officer Doug Braunstein offered them some hope.

Braunstein said a rise in the bank's business loan balances reflected, in part, new strength in the economy. JPMorgan also took market share from rivals. Business borrowing is considered a sign of confidence that will lead to more hiring and, in turn, more borrowing from banks by households.

Business loan balances at U.S. banks as of March 28 were up 14 percent from a year earlier, according to Federal Reserve data, which uses slightly different measurements.

Earnings per share rose to $1.31 from $1.28 because of a 4 percent decline in share count due to buybacks. Analysts had been expecting $1.18, according to Thomson Reuters I/B/E/S.

Braunstein said earnings were reduced by about 9 cents a share by special items, including expenses for mortgage-related matters and litigation reserves; an accounting adjustment for the value of JPMorgan debt; and reduced reserves for bad loans. In the year-earlier quarter, special items added 3 cents a share.

Investment banking posted net revenue of $7.3 billion, down 11 percent from a year earlier but up 68 percent from the 2011 fourth quarter.

JPMorgan's retail financial services booked a profit of $1.75 billion, compared with a loss of $399 million a year earlier, when the division was the bank's worst performing unit. Revenue in the division, which houses the bank's expanding branch banking system, climbed 40 percent to $7.65 billion.

A surge in litigation expenses, primarily to add to reserves for lawsuits over mortgage matters left over from the financial crisis, drove companywide expenses up 15 percent from a year earlier. Litigation expenses rose to $2.7 billion from $1.1 billion.

Chief Executive Jamie Dimon said in a conference call with analysts that the company set aside $2.5 billion more for lawsuits after what he called "a thorough review" of claims.