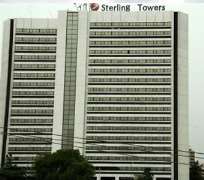 SAN FRANCISCO, April 14, (THEWILL) - Sterling Bank Plc delivered a roundly impressive performance in 2011 as net profit rose by 60 per cent to N6.7 billion, placing the bank as one of the best performers in a period characterised by lowe earnings.

Audited report and accounts of Sterling Bank for the year ended December 31, 2011, released at the weekend showed robust growths in incomes and profitability as well as improvements in assets quality and returns.

The bank emerged with a stronger and healthier balance sheet as the proportion of bad loans to total loans and advances surpassed the Central Bank of Nigeria (CBN)’s industry target of 5.0 per cent at 4.8 per cent. (Non-performing loans had stood at 10.7 per cent of gross loans in 2010.)

Market analysts said the performance demonstrated the thoroughness and success of the bank’s acquisition of Equitorial Trust Bank (ETB). Nearly all other banks that had undertaken mergers and acquisitions during the period ended with decline in profit or outright losses. Some other banks that were not involved in business combinations also witnessed declines in net earnings or outright losses due to provisions for bad loans.

The sterling performance has had a positive influence on on payouts to shareholders with the board recommending distribution of about N1.6 billion as cash dividends to shareholders, representing a dividend per share of 10 kobo.

With opening market consideration of N1.20 at the weekend, the dividend per share of 10 kobo represents a dividend yield of 8.3 per cent, a strong attraction that has since triggered upward rally for Sterling Bank since Thursday when the dividend recommendation filtered into the stock market.

He noted that the bank had harnessed the opportunities created by the successful business combination with ETB, which put it as a stronger institution with a network of almost 200 branches.

He reiterated the commitment of the board and management to unlocking values for shareholders as the bank consolidates its operations to focus on core commercial banking business in line with the new regulatory regime of the apex bank.