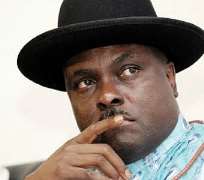 The jury was however hung on 2 other counts of money laundering brought against him by the Crown Prosecution.

But the Crown Prosecution pressed ahead charging Preko on 5 counts bordering on money laundering and forgery. After a few weeks of a keenly contested trial, he was acquitted on 3 counts and the jury was hung on 2.

After the jury’s verdict inside the Southwark Crown Court, a frustrated Crown Prosecution had immediately moved for a retrial on the 2-counts the jury failed to agree on but the judge blocked their request and directed that they give it some more thoughts and thereafter adjourned to Wednesday April 17, 2012.

The court will reconvene on April 16, 2012, for Ibori’s sentencing.

The Charges Against Preko Are As Follows;