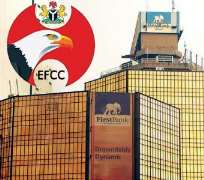 ABUJA, April 12, (THEWILL) - The theft of a total sum of N110 million pensioners’ money by three staffs of the Accounts Department of the Federal Civil Service Commission (FCSC) occurred with the connivance of some staffs of First Bank of Nigeria Plc, according to emerging revelations.

In a statement to the EFCC, the Bank's business Development Manager, Ibrahim el-Rufai, admitted that the bank compromised the procedure for opening an account by government agencies, for failing to obtain a letter from the Accountant General of the Federation (AGF) before sanctioning the opening of the dubious account.

“With regards to Account No 4062040010584 (where the stolen money was domiciled), there was no approval of the AGF. We used previous approval of the AGF using our discretion — my boss and I — since it is the same name as FCSC,” he confirmed.

Acknowledging that the procedure of opening a public-sector government account requires the AGF’s authorisation plus a mandate from the relevant commission or agency, he said the account was “duly authorised” by his boss, Lawal Balele Rafindadi, a deputy general manager.

While pensioners were dying waiting to be paid, some top officials of FCSC exploited the account to share money meant for their payment.

Already the Economic and Financial Crimes Commission (EFCC) has charged three of the staff who allegedly committed the crime before an Abuja High Court with conspiracy to steal, stealing and forgery.

They are the Acting Director of Finance and Accounts, Hassan Mohammed Tukur; the Chief Accountant, Babatunde Bisuga; and another staff in the Accounts Department, Mohammed Ndakupe.

Already, the second accused person, Babatunde Bisuga has, in his statement, confessed to stealing the money. They were also accused of making false documents: the signatory mandate presented to the bank to withdraw the stolen money and the debit mandate letter.

“After the change of signatories, mandates were presented to the bank for the withdrawal of the money. These were done three times, the first was for N26million, second was about N40million and the third was for N42 million,” Abiduga wrote in his confessional statement.

Already the Prosecution, Mr. Syvanus Tahir has lined up 14 witnesses to give evidence against the suspects. They include a staff of FCSC, a staff of First Bank and operators of the Bureau De Change, where the stolen money was converted to United States Dollars.

The suspects were arraigned on April 3, 2012, before Justice Maryann Anennih of the Federal Capital Territory (FCT) High Court on a 12-count charge of fraud, conspiracy to commit fraud, forgery and fraudulent conversion of public funds totalling N100 million.

After they pleaded not guilty, Tahir asked the court for a date to commence of trial, urging the remandment of the accused persons in prison because EFCC detention facilities were no longer available.

Count One of the 12-count charge reads: “That you Hassan Mohammed Tukur, Babatunde Abisuga and Mohammed Ndakupe, being officials of the Accounts Department of the Federal Civil Service Commission, sometime between October and November 2010... did conspire amongst yourselves to do an illegal act, to wit: conspired to take dishonestly the sum of N109,952,171.61 (One Hundred and Nine Million, Nine Hundred and Fifty Two Thousand, One Hundred and Seventy One Naira and Sixty One Kobo) only from First Bank of Nigeria Plc Account No. 4062040010584, property of the Federal Civil Service Commission without its consent and thereby committed an offence punishable under Section 97 of the Penal Code Cap 532 Laws of the Federation of Nigeria (Abuja) 1990.”