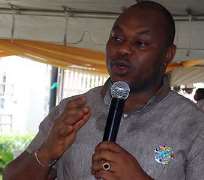 SAN FRANCISCO, April 12, (THEWILL) – A new Chairman for the Conference of Speakers of State Legislatures of Nigeria will be elected this morning in Abuja.

The 36 Speakers of State Assemblies are expected to converge at the Gwarimpa Secretariat of the conference to elect a leader amongst the four (4) candidates vying for the top job.

Falgore was however impeached by his colleagues in Kano before he could perform the assignment.

Just after Falgore’s impeachment, the Speakers of Borno, Adamawa and Ebonyi were also removed from office within eight (8) weeks thereby forcing the conference back to the drawing board.

Under Gbana, the conference failed to achieve its core objectives including actualizing independent funding for state legislatures via the fist line charge just like the National Assembly. He also failed to position the conference as an influential force in national politics.

THEWILL gathered that the Speakers are seeking a candidate that will establish the Speakers Conference as an influential block just like the influential and powerful Nigeria Governors’ Forum (NGF). To actualize this, the conference jettisoned its initial zoning formula and threw the race wide open to enable it elect the best leadership. The conference had initially zoned the position to the north.

This move has helped Ochei emerge frontrunner and favourite for the office.

There is however still a cold war between Atunwa, Inuwa and Gbana having failed to reach a compromise that would have seen the north present a consensus candidate for the Chairmanship. The candidates are expected to split the northern votes thereby diminishing the chances of having one of them elected.

The election is scheduled for 10.am.