THE NORTH IS IN NEED OF AN AGENDA, ENOUGH OF THE IN-FIGHTING 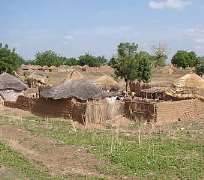 The recent trend by some northern elites to shred personalities, ideals and positing of the north calls for caution especially now that the region seem to be in need of an agenda. While other parts of the country are hubs for commerce and industry, uniting socio-politically the north squirts in pains of crisis and underdevelopment.

What the political elites should be pondering about is an agenda that will help in developing the region engage in activities that will disparage the north. A once united group of people have plunged down the drain fighting each other in shameful mud fight dirtying and making a sad spectacle of themselves on daily bases.

Aside the natural heat and bare earth nature has bequeathed the north, the region holds the most vulnerable people living far below poverty level as shown by the recent statistics. When the call for a better sharing formula by the Governor of Niger state and Chairman Northern Governors Forum Dr Muazu Babangida Aliyu to cushion the yawning gap of inequality in living standard of people in the region he was attacked from different flanks.

Aliyu who made a good case on the review of resource sharing formula for the benefit of the poor north came under attack by his fellow northerners. These negligible group of northerners who had failed in different call of duty engage themselves in pulling down good reasoning without presenting alternatives.

Seeing that the forum led by Aliyu is working hard to correct the leadership deficit that has thrown the region into what it finds itself today, the old windbags are trying to drag the present class of leadership of the region among non performing leaders.

What the north needs is an agenda that will put an end to illiteracy, joblessness, poverty, calumny and vicious circle of manmade devastation on daily bases. Other regions though with their own peculiar problems fare far better than the north. They have thriving commerce and clime for propagating and maintaining good business.

The South-South has an agenda to control its oil, but would anyone blame them? At least they have what they are working on with the aim of improving the condition of people from the area. Northern Nigeria must go to the drawing board and generate a Vision, an Agenda, a Road Map, a blueprint that will comprehensively reflect global trend of development practice.

The late premier of the Northern region, Sadauna of Sokoto, Sir Ahmadu Bello will not be happy to see the division among the north he tried with his blood to keep as one indivisible entity. He would be more devastated with the level of attack on Aliyu who despite a child when he ruled supreme has imbibed the leadership style of the late Sadauna.

If Sadauna were alive today, he would have endorsed Aliyu as his replacement simply because of his stance for the north and his approach to governance. Also of great asset to the Chief Servant is the fact that he has seen it all as a civil servant, labour leader and now as a politician. The precipitate of his fountain of experience, academic knowledge is the resultant servant leadership he presently champions.

Aliyu, the Chief Servant of Niger state assumed the position of Governor with a mandate to obliterate a thriving regime of fraudulent practices within the political class and among the ranks of civil servants. His era of transparency was fought through campaign of mudslinging by those who couldn’t perpetuate a business as usual practice of steal public funds.

Persons enjoying latitude of looting the public of finances through all forms of irregularities formed an alliance to produce jaundice view of what was obtainable. As a journalist when the allegation broke, the instinct was to go to press within the confines of facts brought before us.

While I and some of my colleagues were celebrating what then appeal to us as a front page story, we had not inclination of the enemy action behind the charade. It took detailed investigations and physical evidence to prove the allegation was puerile and targeted at flaking off the zero tolerance stance of the Aliyu led government.

When the paper authorizing the alleged payment of the N500 million house rent critically scrutinized that it was found to be fake. Those behind it crafted the document in such a way that signatures of the Governor and the then Chief Of Staff were superimposed and the language used were in clear departure from what was obtainable between the duo.

Within the period under review, some of us won’t just let the matter rest we continued to follow with the alacrity of a blood hound for clues that may have triggered off the ‘rested’ claims but the more we dug deeper the more we saw the emerging conspiracy theory against Governor Aliyu.

The private residence of the governor alleged to be maintained with the N500 million was carrying over four years old paint on it. Inside the mini-conference hall, water logged and in serious need of renovation. I then began to wonder the rationale behind collecting such amount of rent and yet effect no meaningful change in his personal property.

The target of those behind the rumour was to frustrate his second term return as governor. During the campaigns, camps formed mainly by political vultures to stop the Chief Servant. Unknown to these negligible few however was the fact that the larger majority of people living in the state appreciate his leadership style.

While the result of his servant leadership style of government has created more jobs among the poor and have stamped off all forms of financial irregularities, the result is the 2012 rating placing Niger top best in low poverty prevalence

The recent remark on the rent issue by Bafarawa amounts to pettiness and outright calumny. The move also suggests that the politician is ill informed about facts which he should acquaint himself with before going out of proportion next time.

Governor Aliyu has always prepared himself for such table tippers, developing tick skin to resist their caprices. While his preference for peace does not translate to weakness unguarded sentiments must be controlled to avoid libel of slander.

In the business of politics however, the most profitable aspect is to lie and defalcate information but Aliyu has chosen the path of truth and service. A man on such a pilgrimage with Aliyu knows he is in clear departure from the norm which suggests that an average politician must steal and lie to feel among.

Somebody must start the process of change which the Sir Ahmadu Bellos left behind. Dr Aliyu is charting this bitter cause and he is aware it comes with a price but that price must be borne for the people no matter how painful and how high the price that comes with it is.

Written By Ayegba Israel Ebije a