REDEFINING, AND ACTING OUT INSANITY--NIGERIAN 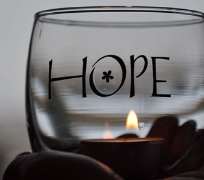 If one keeps silent, what is in one's body keeps silent with one, in other words, if one does not disclose one's problems one can expect no help.

We really want to hold on to hope, it is all we have left, we look into the crystal ball, it's gloom, doom and yet there equally signs of hope and since hope is an addiction, we feed on it, get high on it, it’s the very least that we can do. There are few positives, so why give up.

We refuse to see the 'shrink'--we just hold on. Hopefully we may get back a semblance of what we lost, after all in our parts we say, if one takes three years to prepare for one's madness, when will one start biting people? We may not have really started biting and may not after all bite, so full madness is not anyway close.

The truth however is that if we have not lost it, we are gradually, steadily losing it,--I dare ask, when a Nigerian family drank Garri either the Ijebu brand or the red Ibo type which anyway is actually yellow?

Laced with the right amount of sugar, a sprinkling of milk, matched with fish, or well sifted groundnut. If one has no money for lamp oil, one eats in the daytime, and one sweeps the house and goes to sleep in good time. One's plans and actions should fit one's resources. Today, first the water is not chilled because there is no electricity, those that have garri, do not have the luxury of just soaking it in water to drink--and how about fish, which is a luxury given the fact that the fish will rather go for the soup pot.

If the monkey is not certain about a tree, it does not climb it. One should not embark on projects one cannot accomplish. But we have continually kept at the same actions expecting a miracle. Matter of fact, it is almost safe to conclude, we are in a state of being mad; Insanity, senseless folly--acts that bother on the absurd, aberrations, delirium, dementia...

When leadership and the led act, you can see the traces lunacy, preposterous, psychotic, senseless, unsound, unstable, unbalanced and mentally disturbed or questionable strands, from the kind of music we listen to, to the kind of lies we are told by our leaders and those we believe to--Like Boko Haram to be a thing of the past by June 2012--I dare say amen.

We display outrage, no action. And we are treated to the absurdity of an increase of Legislooters allowances by 80% while workers cannot get a pittance of N18K for both legitimate and lazy work--or is it the aberration of a 60 year old youth at heart PDP Youth leader.

Can we make sense out of the preposterous amount of waste that went into a consensus convention that could have been held by yahoo messenger, blackberry or some other berry?

It is absolutely senseless that after all the billions in various currencies spent in the power sector, we still value that shout of "up NEPA" when we see glimpses of electricity.

Just like I find it insanely insane, that it is even reported in dailies, makes it a case of the left hand side of the Yaba Mental Home that someone stole pension money to the tune of N2billion and lived with same in a house, I mean in whatever currency, how else do you ask the question--"Is this person mad", and if it is a fabrication, "are we mad"?

If it is not madness, it then is the younger sibling called insanity as we watch the progressive increase of crime rate amongst graduates of different cadres- A scary statistics tells us that out of 10 armed robbers, four are graduates that can fair well in the a job if provided and that figure is on the increase.

Tell me, what kind of sane people organize a Universities Matriculation Exams for some 1.5million students, with over a million defective in Math and English, only three able to score 300, less than 400 scoring 250 and with less than 500,000 admission openings at stake.

We have so lost, Ali has to be a Muslim, no longer a boy, it is mentally disturbing that Mariam cannot be Christian; we have criminally become psychotic forgetting that we can never have a Christian or Muslim Nigerian and it is in our best interest to sit, and talk.

We are losing it, rape, robbery, arson, government stealing and more, killings for all sorts of strange reasons and we either choose not to see it, or remain blind to it. Better still a case of as long as it has not hit me, then all is well, but for how long? So we hide in churches on Sunday and Mosques on Fridays and come out in a maddening blend of happy and wicked…insanity.

Yams cut for porridge leave no remnants sticking to the peels. The situation is bad, it really is, I was fortunate to see a man sad that his sons had passed some exams like that because he had no money, call him faithless, the truth is that he have nothing to stick to. He is in a nation where the rich whose children are not intelligent and can afford school tuition, gets scholarship, while the masses are, encouraged to bribe, lobby or forget it.

I conclude in the words of Albert Einstein "The true definition of madness is repeating the same action, over and over, hoping for a different result". Are we are normal, sane, or just...Time will tell