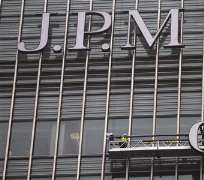 One of London's most prominent bankers was fined 450,000 pounds ($720,000) on Tuesday for passing on inside information in a case that will embarrass his employer JP Morgan Cazenove and which marks a new resolve by authorities to target high-profile figures.

Top dealmaker Ian Hannam resigned to fight the fine imposed by the Financial Services Authority in relation to 2008 emails that contained information about a his client, oil company Heritage Oil (HOIL.L).

The former special forces soldier and engineer is the fifth person to be fined this year by the British regulator, which had previously been accused of ineffectiveness.

JP Morgan informed staff in an internal memo of Hannam's resignation from his position as JP Morgan's Global Chairman of Equity Capital Markets, after two decades at the firm.

Hannam, a veteran banker with a focus on mining and commodities and whose current deals include advising miner Xstrata (XTA.L) on its merger with Glencore (GLEN.L), said he had fully cooperated with the FSA and would appeal against the decision.

"I will complete my current client commitments and ensure a smooth handover of responsibilities," Hannam said in an emailed statement. "Appealing the case while still at the firm would be an unfair distraction to my clients and colleagues."

The case is a fresh blow for the reputation of investment banking, as Hannam joins the list of big names targeted by the regulator, which is seeking to clamp down on market abuse and insider dealing.

Hannam's fine, detailed in a decision notice dated February 27, is among the largest levied against an individual for market abuse, though it is dwarfed by the 3.6 million pounds hedge fund investor David Einhorn incurred earlier this year over trading abuses.

"LOOKING GOOD"
The FSA said in its statement that Hannam had disclosed inside information on Heritage, which had mandated JP Morgan in 2007 to secure a "substantial" corporate transaction, in two emails sent in September and October 2008.

One email contained information about a potential offer for Heritage, where Hannam worked closely with Chief Executive Tony Buckingham, while another mentioned a new oil find, both potentially market moving.

"I believe that the offer will come in the current difficult market conditions at 3.50-4.00 pounds per share," Hannam told a contact referred to by the FSA as Mr A in the September email, disclosing takeover talks. The FSA says Hannam knew Mr A worked with an organization potentially interested in investing in Kurdistan, where Heritage was working.

"I am not trying to force your hand, just wanted to make you aware of what is happening," he said in the email.

In a separate email, Hannam told Mr A and a separate businessman with interests in Kurdistan, named as Mr B, that "Tony has just found oil and it is looking good".

In his defense to the FSA, Hannam has said the September email was too general to constitute inside information, while the information had already been passed to Mr A by Buckingham.

The FSA said there was no evidence that anyone had traded shares as a result of the emails, or that Hannam made any personal gain.

Hannam is known for his role in the tie-up between blue-blood advisor Cazenove and U.S. rival JP Morgan, and for his work with some of the top players in the mining sector, including Xstrata. He is also responsible for bringing to market others including Kazakh miner Kazakhmys (KAZ.L), Mexico's Fresnillo (FRES.L) and India's Vedanta (VED.L) -- shaking up the make-up of the once very British bluechip FTSE 100 index.

Major deals outside the mining sector include the merger between Virgin Media and NTL and the creation of SABMiller.

South London-born Hannam, the son of a local government worker, began his career with housebuilder Taylor Woodrow, and switched to banking with Salomon Brothers in New York in the early 1980s before moving to Robert Fleming in 1992.