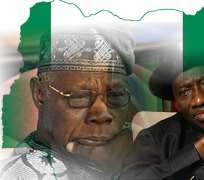 Thousands of Nigerians suffered detention, torture and death in the fight to end the brutalizing legacy of military dictatorship in our country. The struggle to banish the military from the helm of our affairs was fueled, to a great extent, by a sense that our safest bet resided in enthroning a democratic system. In mounting a sometimes stout resistance to such dictators as Ibrahim Babangida and the late General Sani Abacha, Nigerians wagered that the country’s fortunes should not be left in the hands of a few armed men who answered to nobody.

Then, after Mr. Babangida “stepped aside” and death removed Mr. Abacha out of reckoning, General Abdulsalami Abubakar stepped in as a transitional dictator and mid-wife for the birth of our troubled, troubling “democracy.” Mr. Abubakar handed us – whether we liked it or not – a problematic constitution we had little or no voice in shaping.

Suddenly, Nigerians’ fervent hope for a democratic culture that would be responsive to their deepest developmental aspirations was mocked with a hollow ritual of periodic elections. And, ever since the inaugural election in 1999, the whole process has been, for the most part, a well-designed, carefully implemented fraud. From election to election, the particular technology of rigging may change, but the idea that power must be acquired by crooked means has remained a constant. A people who had fiercely fought to empower themselves found that, in the so-called democratic epoch, they are still consigned, willy-nilly, to the place of political serfs and eunuchs. What passes for elections in Nigeria – whether the ritual is superintended by Maurice Iwu or Attahiru Jega – are, properly speaking, selections.

A terrible, indeed tragic, joke has been played on Nigerians. It is bad enough that many – too many – of the men (and a few women) who, as military officers, had hijacked the nation’s resources with the aid of the gun had maneuvered their way into top political positions. Worse: the reflexes of our so-called democracy remained dictatorial.

Former President Olusegun Obasanjo was a key reason Nigeria got infected with the dictatorship virus. Apparently averse to the give-and-take of democratic practice, Mr. Obasanjo proceeded with the deportment and mindset of an imperial president. It wasn’t only that he gutted any pretence to respecting democratic mores within his party – the Peoples Democratic Party (PDP). He had to like your face, and be convinced of your unctuous servility, if you were to hold one office or another in the PDP’s national headquarters.

If his brusque, feisty manners were restricted to his political party, perhaps nobody would have complained seriously. But his domineering attitude went deeper. In a country whose federalism is terribly flawed, President Obasanjo often treated state governors as if they were his vassals and minions, there to take the emperor’s instructions and do the conqueror’s bidding. He empowered rustics, among them the late Lamidi Adedibu and Chris Uba, who could mobilize police officers to sack uncooperative state governors. He meddled in the affairs of the National Assembly, to the point of dictating – not suggesting – who was to be the President of the Senate or Speaker of the House of Representatives. When it suited him, he was contemptuous of legislative oversight. And he exhibited something approaching Olympian scorn for judges who thought their courts could rein him in.

Mr. Obasanjo’s example, his ethic, has come to define Nigeria’s misfortunate political experiment. Umaru Yar’Adua, the sick man he anointed and foisted on Nigeria, professed the mantra of “servant-leader,” but governed Nigeria like the disdainful boss of an all-powerful cabal. Mr. Yar’Adua was so “powerful” and dictatorial that, when he left Nigeria for extended periods on health grounds, he refused to hand over to his deputy – and he never once received a legislative reprimand. Instead, for more than three months, he managed the feat of ruling Nigeria from a hospital bed in Saudi Arabia where, from most accounts, he was in a comatose, vegetative state. In sheer scale of amazement, that unusual achievement should recommend Mr. Yar’Adua as a worthy equal of the dictator in Gabriel Garcia Marquez’s The Autumn of the Patriarch.

Then came President Goodluck Jonathan – by self-reckoning, Nigeria’s transformer-in-chief. This man inspired all manner of hopes and great expectations in different sectors of Nigeria. Many destitute and far from destitute Nigerians made much of the man’s poverty-ravaged, shoeless past. Here, they said, was a president who was intimately familiar with the pains and pangs of the country’s wretched of the earth. Some pointed to his humble mien, or his service in academia, or the “goodluck” in his name, or that famous picture of him kneeling before a “powerful” pastor.

Alas, Mr. Goodluck – like Obasanjo and Yar’Adua before him – has been unmasking himself. And what has emerged so far is that this president, at bottom, has little use for even the mere motions of the democratic mode. This man has become, like his predecessors, a speak-one-thing-and-practice-another president. Mr. Jonathan has gone on record deploring the practice of imposing candidates; in fact, he even declared that odious idea banished.

Two weeks ago, he had an opportunity to demonstrate that he meant what he said. His party held its national convention to elect a slate of new executives. It happened that Bamanga Tukur, the president’s choice for party chairman, had been routed in a regional congress by a relative unknown. In a space where the norms of democracy hold any meaning, Mr. Tukur would have made a dignified exit. Not in Nigeria, thank you. And certainly not when your candidacy has the backing of the almighty president! By some sleight of the presidential hand, the self-same Tukur who was roundly trounced in his home region was elevated to the chairmanship by a form of unopposed adoption. Somehow, the other candidates were persuaded (feel free to substitute ordered or bribed) to step down. It was far more important that the president have his man than for the membership of the party to freely elect a chairman.

Sadly, Jonathan’s anti-democratic impulse is replicated at all levels – states (where governors’ wishes dictate what happens) and local governments (where the chairmen are demigods in their own right). Other political parties are also guilty of the same violent rejection of internal democratic processes. It all boils down to a nation-wide allergy to the exercise of choice, the first fruits many Nigerians expected they would enjoy once those military chaps were moved back to the barracks. It’s as if, having sequestered the military where they belong, Nigerians are nostalgic for that summary, compulsive and top-down manner in which the military conducted Nigeria’s business.

Several political commentators have suggested that the imposition of Mr. Tukur was part of a broader positioning for the 2015 general (s)elections. It’s becoming clearer that Mr. Jonathan eyes a second term. He’s said in the past that he’s a champion of credible elections. The pledge had a sweet, fantastic ring when he made it; today, the words portray a profound hypocrisy.

Until the institution of transparent elections take root in Nigeria, the minimal expectations of accountability by elected officials is bound to remain a mirage. Mr. Jonathan and his cohorts, within and without the PDP, benefit from a culture where one or two men usurp the collective voice. By contrast, the larger interests of Nigerians are imperiled. Mr. Tukur won’t be serving the interests of the PDP: the party didn’t choose him. He must do the bidding of the president, or risk being “voted” out by the single vote that handed him the job.