ONE-NIGERIA: CUTTING THE NOSE TO SPITE THE FACE 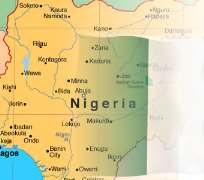 Right now there are many groups that are fiercely contending for the disintegration of the Nigerian union. All the ethnic/regional blocs that have close cultural affinities are coming together to campaign to separate and become independent of the Nigerian state. The agitations are too loud for anyone or governments around the world to continue to ignore. Nigeria’s disintegration is no longer if but when it will happen. The time of course is imminent judging by the feelings and activities of the affiliating regions. For all those who are closely following events, there is this general consensus that the sooner the Nigerian state is broken up into the various naturally occurring ethnic/cultural dividing lines, the better. It is also generally agreed that once the separation takes place the thousands of lives being lost yearly to the incessant Islamic religious killings will stop. This is why some people are appealing to those who hold human life to be sacred to make more concerted efforts at helping speedy up the process of Nigeria’s disintegration.

The people of the old Eastern Region actually declared a new Republic of Biafra on the 30th of May 1967 after they had been subjected to a genocidal pogrom, a program that lasted for 12 months, starting from 29th May, 1966. It was said that 500,000 Christian/Animist Igbo/Biafrans were killed by the Muslim Hausa, Yoruba and Fulani of Nigeria within the period. Soon after the declaration of independence by Biafra Nigeria declared war against them and fought them till January 1970 when they defeated them with the help of Great Britain, USSR and the Arab League, with Egypt leading the Arab coalition. During war the combined forces and the Nigerian state eventually killed more than 3 million Igbo/Biafran women, children and men.

Interestingly, even though the Biafra War ended about 42 years ago, the different regions have not ceased to demand for independence from the Nigerian union. The dividing lines among the regions run just too deep and clearly unbridgeable. It has never been hidden that none of the federating units is interested in any one-Nigeria. Nigeria is a union that is ridden with too many deadly and irreconcilable contradictions.

The old Western Region which is dominantly made up of the Yoruba ethnic group wants to get out of Nigeria as Odua Republic. They have never made secret of their desire to get out of the one-Nigeria yoke. It is a well-known fact that in readiness for the anticipated freedom and independence, the Odua contenders have already assembled their national symbols such as flag and anthem, ready and waiting.

The people of the twelve northern states have equally solidified their bloc’s position and will to separate from Nigeria. Their program towards that inevitable end for Nigeria has always been consistent and unwavering. They want an Islamic state and will not compromise on that desire. Before the year 2000 when Zamfara State introduced sharia as the official legal system in the state there had been numerous other moves by the Islamic North to unify their region in their common destiny of a theocratic Islamic state. Currently all the twelve northern states have officially adopted fully the sharia as they move steadily towards separating from the Nigerian union. The Islamic North of Nigeria has gone further to demonstrate their desire for a mono-cultural/religious society by continuously killing and looting none Muslim Igbo/Biafrans in their midst. The latest in those series of ethnic/religious killings is the prevailing Boko Haram scourge which has killed thousands of Igbo/Biafrans since its inception in 2009.

Now, the question on everyone’s mind who is reading this article will be, if there are so much deadly sociocultural contradictions and regional willingness to divide Nigeria, why not do it right away? That sounds simple enough but in practice there is a twist that cannot be easily wished away. The twist is economic consideration which brings in local and foreign parties into play. There is oil and gas in the equation. So, such external powers such as Britain, United States and the Netherland that are the major beneficiaries of the oil and gas supply to assuage their conscience, must find a way to justify their continued support for the endless destruction of human lives and properties. These countries believe that by maintaining the deadly one-Nigeria status quo, not minding how many lives killed; it will serve their purpose best.

To help massage their conscience the countries of Britain, United States and Netherland have often erroneously argued that the reason for keeping the killer one-Nigeria still united is because the country contributes “significantly” to peacekeeping efforts around the world. This might sound quite plausible to some people but no reason can be more ridiculous. How can Nigeria morally be a participant in peacekeeping in other climes when within their own territory there is no peace or security to lives and properties? And the reason for this non-peace is entirely the result of the very structures of the government and society that produce the peacekeepers. A person or an institution including a country can only have a moral right to intervene in crisis situations involving another and in other places when they have clearly demonstrated that they can keep their own peace and run a relatively just and equitable conditions in their own home. And Nigeria as a country is completely bankrupt in this area.

If the argument above sounds less convincing then let’s look at how the Nigerian people and their government treat the men and women that actually put their lives and safety on the line to do the actual peacekeeping. Let the reader follow this link http://news.bbc.co.uk/2/hi/africa/8022117.stm in which it was reported by the British Broadcasting Corporation (BBC) of how the Nigerian military court-martialed and sentenced to life in prison 28 men and women who went on peacekeeping in Liberia. The soldiers were given such harsh punishment for protesting for the none payment of their salaries during their time on the peacekeeping mission. Talk about the laborer being worthy of their wage, nothing sounds more alien in the extant one-Nigeria.

But assuming anyone wants to suspend reason for a moment and accept those excuses for a minute, then the question becomes, why should the world community maintain a status quo that continues to kill and destroy a considerable part of humanity all for the contribution of personnel to peacekeeping efforts? To answer that question we must stop pretending. We must consider the underlying reason behind the overt one given by the foreign countries. It is about the same reason that is driving the other party to the problem; the native elite and political class. Britain, United States and Netherland are actually concerned that should they help in breaking up Nigeria that the move will jeopardize their economic interest in terms of oil supply from the region. On the side of the local politicians and elite they are also afraid that any drastic restructuring of the Nigerian state will adversely affect their hitherto enjoyed benefits. Both parties would rather that the dehumanizing and retrogressive one-Nigeria status quo remain since as experts at fishing better in troubled waters, the condition pays them more.

However, though the fears and concerns of the beneficiaries may appear legitimate at the first glance, it is only because they tend to overlook the fact that all difficult situations can be solved by sincere, honest and pragmatic thinking. To start with, they must accept that change is inevitable especially in a case where there is too much human suffering as in the continued one-Nigeria status quo. Then they must come to accept the fact that Nigeria’s eventual break up is just as sure as the sun will rise tomorrow. And it is the demonstration of genuine faith in that truth that will make them as human beings to take some reasoned out decisive actions by speeding up Nigeria’s disintegration process since postponing it will continue to increase the amount of wastes in human and material resources. The three countries with national economic interests must decide to make adjustments in their thinking and try to see it in another light. The oil and gas are found mostly in the Southeast region which includes the Niger Delta and the people in this region are willing to cut deals with the Western powers and work to safeguard the West’s economic interests. Currently, everyone within the region has come to realize the value of freedom and cultural emancipation over any material considerations and is prepared to give up the entire oil and gas in exchange for freedom.

As for the local politicians and elite, they must begin to think and act more creatively and in terms of what will work for the greater good and for the longer duration. It is not that they can stop the inevitable break up of Nigeria, but it is just an appeal to them to think and act proactively and positively. In the end and in the interest of a more peaceful and humane world, all can effectively choose to work at ending the present ridiculous culture of cutting the nose to spite the face; maintaining a deadly one-Nigeria at all costs while sacrificing decency, progress and the sanctity and dignity of human life.