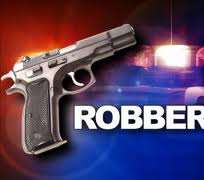 Armed robbers at the weekend hijacked a luxury bus near Ijebu-Ode area of Ogun State raping secondary school students who were coming home for the Easter holiday. The bus was coming from Enugu to Lagos, but waylaid by the robbers, who barricaded the road about 11.30p.m. on Saturday

The bus was hired by a Catholic secondary school (name withheld) to convey the students to Lagos. Daily Sun gathered that the bus the students originally boarded left Enugu at about 7.30am but broke down on the road and another was sent to pick up the passengers.

It was gathered that the new bus was not also in good order and broke down several times on the way. A passenger, who simply identified herself as Franca, said at Ore in Ondo State, the passengers appealed to the driver to stop as it was already night but the driver was adamant, preferring to continue with the journey. Franca said somewhere near Ijebu Ode, some hoodlums barricaded the road and the driver was forced to stop.

She said the robbers, who were armed with sophisticated weapons, ordered the passengers who were mostly female students into the bush and had field day raping them.

She said the robbers, no fewer than 20, did not stop at raping the females but also dispossessed them of money, phones and other personal effects. She revealed that two girls suffered worse fate as most of the robbers who identified the two girls as virgins had rounds of sex with them.

Relatives of the victims yesterday stormed the head office of the transport company at the Jibowu area of Yaba Lagos protesting what they termed negligence on the part of the company. The relatives, who vowed to take the company to court, wondered why the driver of the ill-fated bus did not pass the night at Ore if he did not allegedly connive with the hoodlums.

Spokesman of the relatives, who simply identified himself as Mr. Martins, said they had gone to the Lagos State command to report the matter but they were referred to Ogun State since the attack did not happen in Lagos but Ijebu-Ode in Ogun State. Efforts to reach the Ogun State Police Public Relations Officer on phone proved abortive. He was said to be attending a seminar.

However, Lagos State Police spokesman, Jaiyeoba Joseph, confirmed that some people actually came to the state command to report the incident but were referred to Ogun State.