ARE NIGERIANS BAD IMITATORS OF DEMOCRACY? 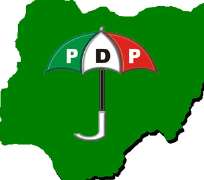 Saturday March 24th 2012 started on a very sublime note with fresh breeze all around Abuja the Nigerian Federal Capital Territory in the wee hours of the morning and the usual blazing hot sun in mid-noon. This hot sun has unfortunately turned Abuja into the notorious hot zone of central Nigeria next in line to places such as Maiduguri and Damaturu in Borno and Yobe states that are traditionally known as the hottest parts of modern day Nigeria as a result of the fast growing trends of desertification.

What however made this particular Saturday remarkable in the lives of those residing in this extremely expensive city of Abuja, is the fact that the entire roads leading to the central business district inhabiting the prestigious Eagle square were cordoned off and occupied by fierce looking armed soldiers and mobile police operatives who mounted their armored vehicles in strategic locations to prevent and deny 'bloody civilians' [as most members of the civil society were known in the days of military dictatorship] access to the vicinity of the Eagle square where some few hundreds of hand picked members of the ruling Peoples Democratic Party [PDP] were meeting for their special convention to elect the officials that will administer their political platform for the next four years. The intense security and surveillance activities of these armed soldiers and mobile police operatives was said to be necessitated by the ongoing regime of targeted bomb attacks by the armed Islamic extremists who are waging war of attrition against government facilities and some civilians of different belief system.

For novices in the political game in Nigeria who thought that the conveners of this national convention of the Peoples Democratic Party truly meant to organize a transparent, free and fair competitive national convention which is the irreducible minimum required in a democracy, were mistaken. Those who summoned these few hundreds of hurriedly assembled motley of crowd in the name of a political party national convention knew exactly that what they want to achieve is mere political subterfuge carefully crafted to have a physical and evidential semblance of a democratic process which may attempt to satisfy the constitutional requirement that political parties must periodically meet to elect from among their ranks, those officials who would pilot the affairs of the political party.

While the political shenanigan called national convention lasted, the few Nigerians who endured the intellectual insults of watching this show of shame on the different television stations were comprehensively treated to one of the worst episodes of bad imitation of democracy especially if an observer compares and contrasts what played itself out at Eagle square in the name of national convention of the Peoples Democratic Party with the ongoing party primaries of the United States Republican Party whereby Mitt Romney, Senator Santorum and Newt Gingrich are slugging it out among themselves for the sole party ticket to compete with the sitting American President Mr. Barrack Obama [ a Democrat], one would be left to conclude that Nigerian politicians of all strata and classification are mere fake imitators of democracy and must not be taken serious for as long as they continue in the ongoing game of political deceits and self glorification.

From last year when most of the ramshackle political parties staged their so-called party primaries during which time candidates were selected to vie for elective positions in the last April general elections up till now, what we saw as party primaries were just mere coronation of certain favored candidates of the various political god -fathers and even Wives, children of these party owners/benefactors who installed their surrogates so as to protect their selfish interest.

Little wonder then that soon after the April 2011 general elections, so many of these so-called political parties that are domiciled in the different brief -cases of their owners simply disappeared into oblivion even as their owners who work in cohort with some dubious electoral officials of the Independent National Electoral Commission [INEC] simply continued with their other businesses as contractors and participants at the different meetings of the severely weak Independent National Electoral Commission which are sparsely held.

The only difference between what the other smaller political contraptions called parties are doing with the perfidy that played itself out on Saturday 24th March 2012 at the Eagle square by the Peoples Democratic party is that the participants and conveners including President Good Luck Ebele Jonathan, a University Doctorate Degree holder, elevated political subterfuge to a new all time height and far exceeded the limits of absurdities with the so-called consensus arrangement which ensured that only the hand picked candidates of the Presidency and the powerful Nigerian Governors Forum emerged as the newly coronated/inaugurated national leaders of the Peoples Democratic Party. What a way to show bad example to upcoming youth?

The recently ended national coronation event in Abuja of the self acclaimed largest political party in Africa [PDP] has indeed set a new World record as the single most notorious evidence of the claim that Nigerian politicians are masters of double speak who would say one thing in the morning and do the exact opposite in the night. Take for instance the speech that was made by President Jonathan in his capacity as a respected leader of the Economic Community of West African States[ECOWAS] which thoroughly condemned the recent military coup which swept away the democratically elected regime in Mali and also the speech by the Speaker of the Parliament of the Economic Community of West African States and the Deputy Senate President of Nigeria Mr. Ikechukwu Ekweremadu which outrightly condemned the coup 'd tat in Mali by the renegade soldiers of Mali but these two persons masquerading as democrats also took part in the rape of democracy that was the national convention of the peoples democratic party.

What happened was a rape of democratic tenets of free choice because a national convention of a political party devoid of the simple elements and ingredients of democracy, free choice and competitive election is nothing but a bad imitation of democracy. Democracy abhors forceful imposition of selected candidates of the powers-that-be to the consternation of a lot of the voiceless majority members of the political party. All those who bought nomination forms to stand for the different national offices but who never enjoyed the support of either the Presidency or Nigerian Governors Forum were cajoled, blackmailed, intimidated and harassed into stepping down for the already ordained and anointed candidates of these two notorious power blocs in Nigeria.

Any doubting Thomas of what I have affirmed above that what took place at the Eagle Square which was called national convention of the ruling political party in Nigeria was nothing but a criminal bad imitation of democracy should have watched the way one of the candidates for the position of National Secretary Mr. Ebenezar Babatope forced to withdraw for a selected candidate of the Governors forum former soldier and military administrator Olagunsoye Oyinlola would be convinced beyond all shadow of doubt that what took place is a bad caricature of democratic national convention the type that usually take place in developed climes like the United Kingdom, the United States of America and Germany. Reading the body language of Ebenezar Babatope who told a bewildered nation that he was not stepping down for any body but that the party hierarchy compelled him to so do one would be left with no option but to conclude that a fatal wound has been inflicted in the hearts and minds of true lovers of democracy who are pained at the infinite capacity of the majority of politicians in Peoples Democratic Party to carry out mischief and perfidy.

A respected Ancient Philosopher by name Plato wrote in his answer to the interrogation of what are the forms stated rightly that; "a beautiful person is a copy of Beauty. We can say of a person that she is beautiful because we know the idea of beauty and recognize that a person shares more or less in this idea...."

In the same vein we can look at the ways and manners that other civilized democracies are practicing their forms of democracy whereby the free choices of their people are held sacrosanct and draw a conclusion that in Nigeria the type of Democracy we practice is simply the bad imitation of democracy and unfortunately the legal institutions that are set up to monitor the political parties and ensure compliance such as the Independent National Electoral Commission and other anti-graft bodies that ought to check the financial excesses of candidates for elective positions have comfortably gone to sleep and have allowed ill- intentioned political merchants to hijack the process and are thereby running it in their own ways which are basically meant to service their pecuniary interest and advance their selfish economic dominance in the polity thereby marginalizing and pushing the greatest majority of Nigerians to the precipice of economic doom.

This bad imitation of democracy is the reason why a majority of Nigerians are so poor that they can not afford the basic requirements of a decent life such that many die from avoidable sicknesses like malaria, diarrhea and other water borne diseases. The compromised political process of selecting and/or imposing certain preferred individuals to preside over the affairs of the majority of Nigerians is the reason for the complete collapse of the social economic infrastructure like electricity, and roads and even the very serious and important educational and health sectors have been systematically left to die slow but painful death such that every year hundreds of thousands of half baked university graduates are churned out without adequate entrepreneurial trainings thereby making them to roam the streets in search of the elusive white collar jobs that have unfortunately dried up.

The bad imitation of democracy will invariably result in the subversion of the electoral process because those handpicked party officials are already primed and positioned to do only the bidding of those who installed them into offices and this malpractice already institutionalized in the Peoples Democratic party as well as other smaller political parties will suffocate the democratic space and make it impossible for good, quality and skilled professionals with absolutely no link to any political god father to win nomination to stand for elective positions in all elections.

The end result is that the hand picked contestants would automatically be rigged into offices by the extremely weak electoral body and these persons who already have preconceived idea of politics as money making machine will milk Nigeria dry in their bid to satisfy their political god- fathers and retain some levels of political power and privileges.

After suffering the indignity of watching the political comedy that took place in the name of the national convention of the ruling party in Nigeria I wept for Nigeria because if Nigeria will continue to be ruled by mere imitators of democracy when in actual fact they can collectively rise up and reclaim Nigeria and popularly put the right kinds of persons into political offices to do only those things and carry out only those government and economic policies that can advance the happiness of the greatest number of the citizenry, move people to their better selves and institutionalize real democracy composed of respect for the fundamental freedoms which are inherent rights of every human persons, then sooner or later Nigeria will implode for the worst.