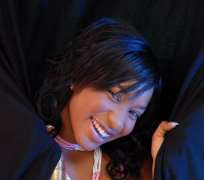 Another new fight has been added to the already many dirty fights in Nollywood between actresses.

Over the years, Nollywood actresses have had bitter fights between each other over various causes ranging from men, ego, intimidation, etc.

The latest in that line of hot fight, which may explode if care is not taken is between controversy-happy actress, Tonto Dikeh and new-entrant in controversy business, Susan Peters.

According to the latest development sniffed by Nollywoodgists.com, which the genesis of is still very cloudy, both Tonto and Susan Peters made their fight public.

Susan Peters talked about her anger to Tonto when she said, "I don't have a short temper, I just have a quick reaction too. Bullsh*t."

In a quick response to Susan Peters, Tonto said, "next time, I will snap all ma [BB] Porsche phones and send to you. That would be super cool. I will look for a new way to irritate you baby."

Would it have been an earlier message from Susan Peters when she wrote, "we are not in the same class. We are not even on the same flight?"