PASTOR ADEBOYE'S 70th BIRTHDAY AND THE NEED FOR TRANSFORMATIONAL FOLLOWERSHIP 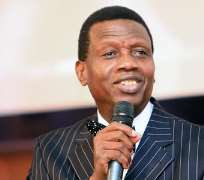 Pastor Enoch Adejare Adeboye, the General Overseer of Redeemed Christian Church of God is the most respected Pentecostal pastor in Nigeria. This former teacher and lecturer in mathematics from the University of Lagos was among the first set of academia in Nigeria to become disciples of the then ‘church ratist’ Pentecostalism. Then from the early seventies to the early nineties to be a Pentecostal is akin to being an outcast. Families prefer a drunkard in their fold than a Pentecostal. Pentecostalism was associated with non-violent but radical trait of Christianity where the congregation is not interested in the things of the world, fashion of the world, music of the world etc.

During my own time, my father had to drive me out of the house in 1986 because, according to him, I failed to genuflect before the statue of the Blessed Virgin Mary. I had to live from church hall to queer places until my elder brother came around from his postings and normalized the situation temporarily. My school fees and pocket money was withheld and I was treated with contempt as a religious rebel. Such was the fate of Pentecostals till Pastor Anwuzia of Zoe Ministries made Pentecostalism fashionable.

Pastor Adeboye was among the people who gradually led the migration from extremist Pentecostalism to moderatism. This was coupled with various testimonies of creative miracles like healing of blindness, lameness and other incurable health condition under the power of God which used to be hallmarks of his conventions then.

He runs a loose administrative structure which gives his pastors the freedom to exhibit their peculiar spiritual gifts of prophecy, healings, teachings, worship or a combination if the person has the grace. The Redeemed pastors are not perpetually in fear of frequent transfers like their Living Faith counterparts. In terms of pastoral allowances, Redeemed pastors receive more pay than other structured Pentecostal churches perhaps except Living Faith Church. During our time, pastors are sent to a field with a horn speaker, mat, stove, huge Bible and Matthew Henry’s Commentary and a member to house the new work in his apartment. The pastor were to use his ‘God of Elijah’ anointing to bring down the rest of the chairs, instruments, place of worship, members etc or you die of hunger and starvation. The Redeemed Church will have none of it. They equip every branch with minimum requirements including migrated membership to enable the new branch start up with less friction.

In terms of sermon delivery, the Redeemed style is simple and devoid of logical sequence and revelational wordcraft associated with Living Faith Church. Bible students are not excited about their message pattern , they view it as too simplistic . Messages in Redeemed Church is delivered with high level of simplicity, devoid of intellectual flair that one begins to wonder what a professor is doing in that environment. However, the cohesive family like relationship in their fold beats that of any Pentecostal fold in Nigeria and have held the church together like a rock.

In terms of organization, the church is second only to Living Faith. In terms of worship, it towers above other Pentecostal church. In terms of hierarchical structure, it has the most disciplined hierarchical order. A district pastor with 100 members in his parish takes precedence over a parish pastor with 5000 Congregationalists such that the parish pastor must surrender pulpit at the presence of the district or any other senior pastor. This is just to ensure discipline and order. They have low turnover of pastors as you will see those who started with Pastor Adeboye still in the fold.

The daily devotional ‘Open Heavens ‘is the most incisive daily devotional in circulation. It showcases the teaching ministry of Pastor Adeboye .The Redeemed Camp has a sitting capacity of over four million members and during conventions and Holy Ghost Congress the visitors could reach six million. Pastor Adeboye possesses unusual grace. During Holy Ghost services people run to the altar arena in response to alter call, before Pastor Adeboye finishes counting one to ten, yet one cannot pinpoint the highpoint of the message that drew such crowd of sinners out for repentance.

Pastor Adeboye have influenced pastors all over the world , the Presiding Bishop of Living Faith Church, David Oyedepo refers to him as his ‘father in the lord’, same goes for many other pastors. Newsweek Magazine in 2008 named him among 50 most influential persons worldwide. Pastor Adeboye have built a solid institution of religion, having all administrative and managerial effectiveness in place including the Redeemers University. With a membership of over eight million it is time for the Redeemed Christian Church of God to move to the next level.

The followers of Pastor Adeboye should come out of hiding and praying and lead in the transformation process of Nigeria. Enough of collecting anointing from Pastor Adeboye. Redeemed members have collected enough. It is time to utilize those collected over the years in the quest for a new Nigeria. The membership of RCCG can only do their leader and the nation good if they elect to find their ways into politics, civil society groups, human rights and other change movements in Nigeria so that they can help in the rescue of this nation out of imbecile political leadership. There is enough power of God angling around the ministry that ubiquitous faithful prefer to collect it, store it, hoard it until it becomes stale and they rush to Redeemed camp to collect another one. This cycle is a disservice to the nation. With a membership above eight million, the Redeemed members should rise up from slumber and use the spiritual resources at their disposal to checkmate evil in the armed forces, economy, politics , business and other sectors of the ailing nation. This is the greatest service they can do for God, Christendom and the best 70th birthday gift they can give to Pastor Adeboye who turned 70 on the 3rd of march.