A TALE OF TWO DAVIDS AND TWO JONATHANS 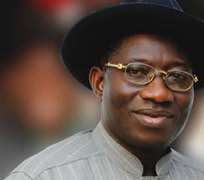 The Biblical story of David and Jonathan will forever remain a reference point for what true friendship should be. Jonathan, prince and son of Saul, was the heir apparent to the throne of Israel, On the other hand, David, the youngest son of Jesse, was a ruddy, bright-eyed shepherd boy. David’s defeat of the giant Goliath signalled both the beginning of Jonathan and David’s friendship and their falling from love and favor in Saul’s eyes. David’s courage and bravery affected Jonathan deeply; he was moved to love him as much as his own life. He realized that they shared much in common in the areas of courage, bravery, strength, loyalty, trust and faith in God. From that day forward, they were the best of friends. Jonathan was moved to the point of giving David some of his treasured items: his robe, sword, bow and belt, and even his armour. David, the musician, also played the harp for King Saul and thus endeared him the more to Jonathan.

Jonathan and David’s bond was so strong that they promised to never let anything come between them. Jonathan told David of Saul’s plans to kill him and urged him to go far away where he would be safe. He asked David to remember that they would always be friends. So great was their friendship that at one of their partings they kissed one another, and wept one with another. David reacted to Jonathan’s eventual demise in this manner - “How are the mighty fallen in the midst of the battle! Jonathan is slain upon thy high places” - (2 Samuel 1:25). David even adopted Jonathan's son Mephibosheth.

The following are some of the qualities of a good friendship: honesty (telling each other the truth), unconditional love (love that transcends the “seasons” of life), service (friends help one another), loyalty (a friend sticks with you in good times and bad), receiving (when a friend helps the other friend, he receives by allowing the other friend to help him in return).

The tale of the other David and Jonathan is all about a political friendship. The fate and future of over 160 million human beings is currently tied to their actions and inactions. David was alleged to have once stated that telephones are not for the poor. While other patriots “stood”, he was said to have “sat” on June 12. Jonathan on the other hand is the “shoeless” one renowned to have patiently and regularly benefitted from others’ misfortunes. Some rascals find his choice of words unbefitting for his status but obviously he does not agree.

Can these qualities of good friendship be found in them? Has David ever tried to tell Jonathan the home truths or is he just another sycophant? Are the home truths not that the people want good, quality standard of living, adequate security of lives and properties and an enabling, corruption-free environment to utilize their God-given talents to the fullest? The people desire leadership by example, even if it means public assets declaration. They want free and fair elections rather than ballot snatching and scientific rigging. They are fed up with overbloated government machinery subsisting on fat salaries and allowances. They want moral compass to be regained, fairness, justice and equity. They want the corrupt to be ostracized and penalized. They do not wish the cabal well. They are tired of committees and special task forces. They want wastages and leakages to stop. They crave for accountability. They yearn for evidences of good governance. They long for the basic infrastructures - electricity, good roads, potable water, quality schools and functioning refineries amongst other things.

Since their faith is not in doubt, have David and Jonathan acquainted themselves with these scriptures? : Matthew 20:26 - But among you it will be different. Whoever wants to be a leader among you must be your servant. Proverbs 29:2 - When the upright have power, the people are glad; when an evil man is ruler, grief comes on the people. Proverbs 14:34 - Righteousness lifts up a nation, but sin is a disgrace in any society. 2 Chronicles 7:14 - If my people, who are called by my name, will humble themselves and pray and seek my face and turn from their wicked ways, then I will hear from heaven, and I will forgive their sin and will heal their land. Proverbs 31: 8-9 - Speak up for those who cannot speak for themselves, for the rights of all who are destitute. Speak up and judge fairly; defend the rights of the poor and needy. 2 Corinthians 5:10 - For we must all appear before the judgment seat of Christ, so that each one may receive what is due for what he has done in the body, whether good or evil.

Have they shown unconditional love towards each other? Have they displayed service, loyalty and acts of service, as enunciated above? Only time will tell. In fact, 2015 is just around the corner. Will the mighty fall? Or is it rather a case of how?