TIME FOR JUNGLE JUSTICE ON CORRUPTION 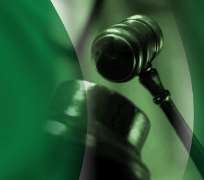 How long are the working people going to wait before they tackle corruption in high places? The students that used to lead revolts in Nigeria are too complacent since their parents can afford to send them to universities anywhere are busy milking the Country. If revolution is too drastic on both the innocent and the guilty, jungle justice with all its faults is better targeted to the money bags we know living ostentatiously in our face.

Regrettably, corruption has become number one drive to outrageous inflation and no matter how much wage is demanded, the working class cannot catch up since money bags buy up materials without sweating for the money they spend. In a country where 69% of the people live on less than 300 naira a day by local statistic, there is very little they can buy with their salary. So the bread winners leave home early to avoid daily responsibilities and demands for “chop-money” from their spouses and children.

Most Nigerians are still intolerable of corruption, yet it is so wide spread amongst the Vagabond In Power one would think everyone on the street lives by it. The fact is most Nigerians are so hard working, even a visitor in the Country can notice it on the street where common people struggle from dusk to dawn eking out a living. Jungle justice is usually disproportionately rendered as deterrent to petty thieves, not by the worth of the stolen goods but by the pain and frustration of its loss to the owners, as deterrent.

When men of substance and caliber start calling for a revolution, we know something has gone wrong in the country of rogues with special privileges. Revolution is even worse than jungle justice. Revolution consumes the guilty and the innocent but jungle justice is by people’s court and their abuse against the innocent is less than mass killing in a revolution. People use grudge against innocent enemies all the time including EFCC.

The argument has always been that Bar Beach Show when armed robbers were shot by firing squad did not reduce crime, but it did reduce the number of armed robbers. The same folks that condemned humiliation of rogues like the Thief of Police Tafa Balogun without due process, are the ones stealing the treasury blind indicating that they are only pleading their cases in advance before their day when caught redhanded.

No country in the world applies due process to a cancer that threatens it very existence be it corruption, terrorism or economic wizards in the stock market and financial houses without bringing them down first. The amount of money reserve for compensation if the system is wrong is much less than the amount of money stolen or deadly blows suffered by looking the other way while the country burns.

Nigerians will abuse any system or take advantage of any privilege in the name of due process and come out on top. The bottom line is what is lost bleeding the country to death and what is gained by compensating overzealousness on the part of vigorous prosecution and jungle justice by people on the street that had enough. Usually, the public is slow to react and when they react, it turns into revolution.

It is up to us if we want to wait for revolution that will consume everybody if guilty or not, or jungle justice administered to petty hungry thieves on the streets instead of big time crooks in states and Federal capitals. Nobody realizes it more than politicians and that is why they keep on throwing curves on our path encouraging Boko Haram instead of Riba Haram that will catch them red handed whenever they show their face in public.

Unfortunately, Nigerians apply a different standard to those that steal substantially in people’s face and parade it contentiously and flamboyantly at gatherings to spite one another and the poor. If the same jungle justice that is applied to the petty thieves on the streets is applied to those in power, corruption will be dramatically reduced because of the stigma and the fear of being lynched publicly. On the same street where they should be lynched, they closed it to celebrate “success”.

Oteh and Hembe are not the first neither would they be the last. Probing of Federal Pension and other financial institutions will yield nada at the end of the day. If you Tarka me, I will Dabor you, did not stop tit-for-tat exposure nor did it end with OBJ-Atiku Show. But very serious cancerous disease infiltrating the very nerve of Nigeria is seen as entertainment or a joke in the vulture circles while the common man wonders if it will ever end. Well, it will not end until the man and woman on the streets are mad enough.

So mad, that they start jungle justice on their appropriate oppressors. Former Speaker Bank-ole, a cat looking for meat, used to inform us about how much was stolen by past governments. Senate and representative members pardoned one another. There are defenders of Abacha today claiming that he never stole a kobo while our children listen, watch Ibori and Alamsco. Ebele cuddles politicians like salary Santa. Youths watching, demand their share or opportunity to loot. Where is the deterrent in all these?

Corruption is no more hidden, no more an option but a demand or your life is in danger. The trickle obsession with bribes is publicly displaced on the streets by Police and Army demanding 20 naira and in some cases, public execution of those that dare defy them. It remains to be seen how long the directive of the Chief of Police to stop road blocks turned into menace, sticks. You cannot get a file clerk in the ministry to do the work he is paid for without greasing his palm.

Nigeria has been turned into a country where state leaders shamelessly demand money without generating internal products or effort for compensation. Africans watch in amazement wondering how many millions, billions and trillions there are in Nigeria before the oil well runs dry. Sometimes a drunken sailor comes to his senses, not those in charge of our Treasury. They demand more benefits and salary by legal looting, get more privileges while they dare anyone to remove them.