FULL STEAM AHEAD TO SUSTAINABLE ENERGY 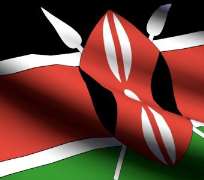 There is clean energy in the ground in Kenya — a lot of it — and Kenya has already moved to start tapping the Rift Valley’s vast steam reserves. The government hopes to generate about 27 per cent of the country’s electrical power from geothermal sources by 2031.

Kenya, the first African nation to drill for geothermal power, and other developing countries are benefitting from a programme guided by scientists from another country with ample geothermal expertise, Iceland. Since 1979, the United Nations University Geothermal Training Programme, a partnership between the university and the government of Iceland, has been operating in Iceland to boost geothermal projects worldwide.

‘Geothermal energy is the future’
In Kenya, the Olkaria geothermal power plants operate in the Rift Valley, 105 km northwest of the capital, Nairobi. They are expected to become the largest power generation complex in Kenya and to eventually increase the share of geothermal power in the country’s supply mix to about 25 per cent.

Anna Wairimu Mwangi, a geophysicist from Kenya and a graduate of the UN University Geothermal Training Programme, is confident that her country is heading in the right direction. “I think geothermal energy is the future, says Ms. Mwangi. “It is a resource that is renewable.”

Currently, about 1.5 billion people worldwide have no access to modern energy services. One of the main challenges in achieving an energy-sustainable future is to phase out inefficient fossil fuel consumption and make a smooth transition to clean energy.

Sharing knowledge
Since Iceland has been one of the pioneers in using this unconventional source of energy, its scientists and engineers have led the development of the partnership. Their goal is to help developing countries by offering tailor-made training courses for professionals in advanced geothermal technology.

“This is a place for exchanging ideas and knowledge,” says Ingvar Birgir Fridleifsson, director of the partnership. “Capacity building in renewable energy technology is essential, especially in developing countries, because that is where the biggest increment in energy use will occur.”

As of 2011, 482 professionals from 50 countries had graduated from the geothermal training programme, with enough understanding and practical experience to conduct independent projects back home. The graduates from Kenya are now among the leading specialists contributing to geothermal development in the Rift Valley.

“These projects,” said Kenyan Prime Minister Raila Odinga during a ceremony in Nairobi, “mark the beginning of Kenya’s journey to transform its energy sector and put the country on the path to green economic growth.”